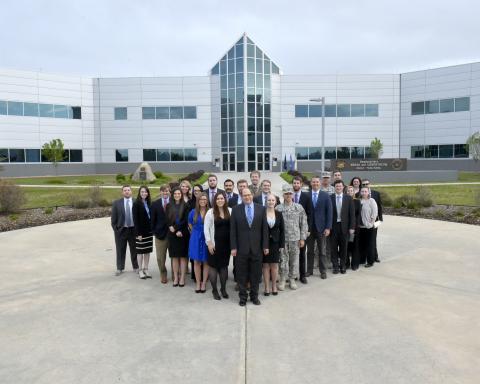 In addition, students received the Bi-Command Brief focusing on the missions of NORAD and USNORTHCOM and N-NC/J2 Threat Brief on Mexican Transnational Criminal Organizations. Tjos was followed by briefings on SEMAR (Mexican Navy) and SEDENA (Mexican Army and Air Force) from CAPT Martinez and Col Ayala, the SEMAR and SEDENA Foreign Liaison Officers to USNORTHCOM. The visit concluded with a Law Enforcement Panel Discussion with Mr. Bill Brundage, Senior Department of Homeland Security Representative to USNORTHCOM and the Customs and Border Patrol (CBP) and Air and Marine Operations Center (AMOC) Liaison Officers to USNORTHCOM.