Global Perspective: The Future of Russia’s War in Ukraine 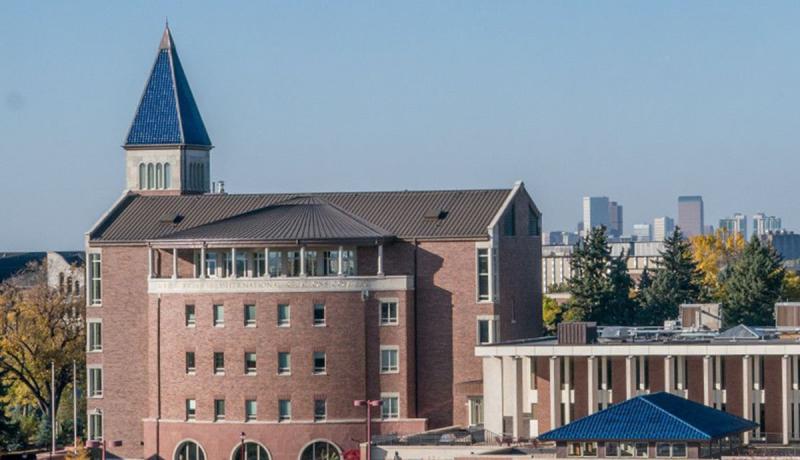 In a major development in the war in Ukraine, the Russian military was forced to retreat following a Ukrainian offensive that retook several key towns and territories in the north of the country.

According to recent news reports, Ukraine says it has recaptured more than 1,100 square miles and the towns of Izium, Balakliya and Kupiansk. The Ukrainian army also claims to have seized abandoned Russian military equipment. Meanwhile, Russian officials said that the war would continue until the country has “achieved all objectives laid out at the beginning.”

Rachel Epstein, a professor of international relations and European politics at DU’s Josef Korbel School of International Studies, spoke with the DU Newsroom about what may come next for Ukrainian fighters and the Russian government.

How has support from Western allies—the U.S. among them—helped turn the tide for Ukraine?

The West has provided a range of economic, political and military support, all of which has helped Ukraine on the battlefield and contributed to Russia’s isolation from the West. Politically, the European Union has not only taken in millions of Ukrainian refugees, but also welcomed Ukraine as a candidate for EU membership. The president of the European Commission, Ursula von der Leyen, was in Ukraine [last] week, meeting with President Zelensky and congratulating Ukraine on its rapid progress toward EU accession. In addition, the EU has imposed a range of sanctions on Russia and is working hard to reduce its energy imports from Russia, to which Russia has retaliated by restricting gas supplies.

Although the energy rupture between Russia and much of the rest of Europe has been extremely costly for members of the EU, it also greatly complicates Russia’s longer-term economic outlook as Europe reengineers its energy framework away from Russia—perhaps permanently, depending on the war’s trajectory, Russia’s political evolution and the durability of Europe’s new energy arrangements. Even in the short term, should Russian export revenues falter (which could happen before the end of the year), it is likely the Russian central bank would have to step in to finance the Russian government directly, creating additional economic challenges.

Finally, the North Atlantic Treaty Organization (NATO) is well on its way to admitting both Sweden and Finland to its ranks, with 24 of NATO’s 30 current members having already ratified this round of enlargement. In addition to enhancing NATO’s military capabilities, Finnish and Swedish accession sends a strong political signal that the West does not accept a Russian veto on any country’s membership, which has been an especially sensitive issue for Finland, [which] shares an 830-mile border with Russia.

The United States’ participation in and support for all of the above has also assisted Ukraine, but the U.S. has also provided essential military aid. U.S. Pentagon officials will be the first to say the credit for Ukraine’s recent advances in the Kharkiv region goes to the Ukrainians. However, the U.S. has provided more than $14.5 billion in military assistance to Ukraine since the war started in February. And in May of this year, President Joe Biden signed into law a lend lease act that allows more liberal provision than normal of U.S. military equipment to Ukraine and the rest of Eastern Europe. More critical to recent developments, however, the U.S. has shared intelligence and consulted with Ukrainian military planners to refocus the Ukrainian counteroffensive from the south (near Kherson) to the northeast, where U.S. surveillance detected weaknesses in Russian positions, as reported in The New York Times. The U.S. has also provided ammunition, rocket systems, launch vehicles and missiles, some of which the Ukrainians have successfully and surprisingly integrated with Soviet-era equipment, to the detriment of Russian forces.

Experts say there are three “fronts” in this war. Which front is the most important for Ukrainians to hold?

From the perspective of ending the war on terms most favorable to Ukraine, not just holding the three fronts but also making territorial gains in areas currently held by Russia is essential.

Ultimately, Ukraine is seeking sufficient territorial advantage to force Russia into negotiations, with the end goal being to eject Russian forces from Ukrainian territory as it existed before Russian seizure of Crimea in 2014—not just before the war that began on Feb. 24, 2022. But given both the earlier illegal seizure of Crimea and Russian military support for separatists in Donetsk and Luhansk in the east, making progress on the southern front is probably the top priority for Ukraine now.

In the Kherson and Zaporizhzhia regions, we are seeing ongoing Ukrainian efforts to dislodge Russian defenses in hopes of both upending Russian plans for a permanent land bridge to Crimea and regaining control over the Zaporizhzhia nuclear power plant, which is the largest in Europe, pointing to its potential lethality should it succumb to even more direct assault than it already has to date.

Although Ukraine’s military progress has been slower in the south than we recently saw in the northeast, fighting in the south has led to repeated postponement by Russia of planned “referenda” in the area (these quotation marks signal the undemocratic and involuntary nature of any such election), which Russia would then use to formally annex those regions, according to Meduza, a Latvian-based Russian news source.

An international atomic watchdog has spearheaded negotiations to pause fighting around Ukraine’s Zaporizhzhia nuclear power plant.  Is there a chance the talks will be successful?

It is impossible to know whether the Austria-based International Atomic Energy Agency’s (IAEA) efforts to create a “nuclear safety and security protection zone” around the Zaporizhzhia Nuclear Power Plant (ZNPP) will succeed.

Currently, the area within which the power plant resides is dominated by Russia’s military, as Ukrainian forces attempt to reassert control there. Because the area has experienced significant shelling, there is severe risk that a power failure at the plant could interfere with cooling systems that have prevented a nuclear meltdown up to now. ZNPP is, needless to say, not providing any power to Ukraine at this time. Its reactors have been shut down for safety in reaction to Russia’s invasion. The IAEA’s general secretary, Rafael Mariano Grossi, recently released a statement saying he has placed a continuous IAEA presence at ZNPP, which would greatly increase the reputational costs for Russia in precipitating a nuclear disaster there and provides some dispassionate transparency. Even more recently, the IAEA’s board of governors demanded that Russia cede control of ZNPP back to Ukrainian authorities to avoid nuclear disaster. Although 26 of the 35-member board voted in favor, China and Russia voted against, with seven abstentions.

Some reports suggest that Ukraine’s successes have caused “fissures” among Russian officials. Could there be any truth to this, given what we know about the Russian government?

According to Carnegie Politika’s Tatyana Stanovaya, the “pro-war opposition may become one of the most serious challenges for the authorities,” following the Russian retreat in the Kharkiv region.

Although Russian President Vladimir Putin had framed Russia’s full-scale invasion of Ukraine back in February as nothing more significant than a “special military operation” for the broader Russian public, there has long been a well-informed, pro-war activist movement that was heavily critical of Putin and Russia’s military leaders in recent days. Such fissures include [several] among Russian officials, with Putin-appointed Ramzan Kadyrov, head of the Chechen Republic and supporter of the war, saying publicly that if the Russian strategy did not change quickly, he would be forced to speak with Russian leaders and military planners to “explain the real situation on the ground to them.” Simultaneously, more than 30 municipal deputies published a petition calling for Putin’s resignation, saying that “the actions of President Vladimir Putin harm the future of Russian citizens ... .”

Whether these criticisms and fissures will result in anything beyond changes in Russia’s senior military leadership is unknown. Notably, the Institute for the Study of War did report this week that, for the first time, Putin has acknowledged failings. Putin also conceded that China, which has remained putatively neutral but willing to rebroadcast Russian propaganda about the war, had questions and concerns about Russia’s trajectory in Ukraine at President Xi Jinping’s meeting with Putin in Uzbekistan [last] Thursday.

What about growing anti-war sentiment in Russia?

A recent analysis published by the Carnegie Endowment for International Peace shows that just under half of respondents say they strongly support Russia’s war in Ukraine—[keep in] mind that Putin has not framed it that way for the public—while another approximately 28% “mostly” support the endeavor. Digging deeper into respondents’ attitudes, however, one finds that support for the war hinges on disparate ideas propagated by the Russian regime, never subject to a critical lens or debate, including that Russia is not taking anything that does not already belong to Russia; that Russia is liberating Ukraine and especially its Russian speakers from Nazis; that NATO initially was responsible for conflict escalation in the Donbass; and that U.S. hypocrisy implies that America can act indiscriminately around the world while Russia is unjustly expected to follow rules.

The authors of the report conclude that Russian public opinion is more mixed than polling numbers on their face suggest and that polarization on the war and other issues might well be on the rise. Complicating the picture further is the fact that pro-war critics of Russian military strategy are hard for Putin to confront directly because they, like Putin, want Russia’s war in Ukraine to succeed and because it is difficult to portray them as tools of foreign influence—a tactic Putin has often used against his domestic opponents, alongside much more brutal forms of repression.