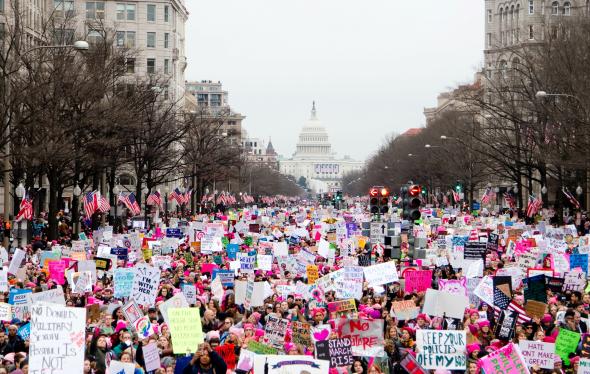 Join the Institute for Comparative and Regional Studies and the Sié Chéou-Kang Center for International Security and Diplomacy on International Women’s Day for a very special virtual event featuring a conversation on women’s participation in elections around the world. International IDEA’s Head of Electoral Processes, Therese Pearce Lannela, will be joined by a panel of experts from the University of Denver to address pressing questions about election quotas, women’s participation in elections, and more. 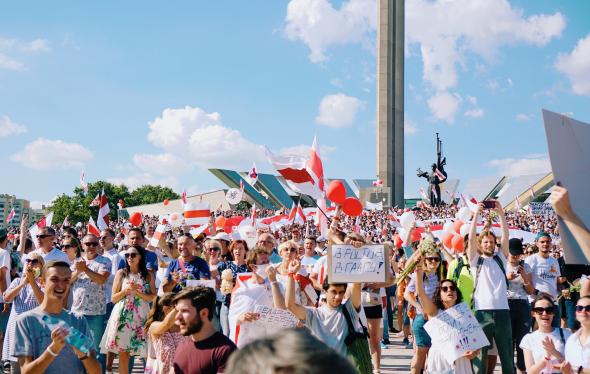 Electing for Peace? Democracy and Peace Building into the 21st Century

Elections are typically considered to be non-violent procedures used for reconciling conflict within a society. Yet, at times, electoral processes end up being conflict-inducing and are associated with the underlying challenges of social polarization, deep and lasting inequalities, and vulnerabilities to violence. Join the Korbel Institute for Comparative and Regional Studies and the Sié Chéou-Kang Center for International Security and Diplomacy for an event featuring a panel of experts who will be engaging in a timely and important discussion on the complex dynamics of elections and peace.

Understanding the Wave of Coups and Democratic Decline in Africa

From Burkina Faso to Sudan, Chad to Mali, the past 18 months have been rife with coups and coup attempts throughout the continent of Africa. While each of these countries share commonalities which may have contributed to their unrest, the uniqueness and complexity of each situation cannot be overlooked. Despite these dynamics, how can we understand this apparent rise of democratic decline in Africa and what can be done to help preserve democracy around the continent?

COVID-19's Effects of Democracy and Governance Globally: Confronting the "Virus of Hate"

In the spring of 2021, the Korbel Institute for Comparative and Regional Studies launched a new research and dialogue initiative to explore the sweeping societal, economic, and political changes wrought by COVID-19 and opportunities to reverse the tide of deteriorating global conditions of democracy and human rights, or “autocratization.” The initiative took the form of a 22-member Expert Working Group that has undertaken an analysis of contemporary challenges and crises in democracy exacerbated by the pandemic and responses to control it. As a culmination of this work, ICRS released four final reports complete with findings and policy-relevant recommendations for improving international cooperation.

This event featured a report presentation and panel discussion with our regional center directors and institute director.

A Discussion on the Beijing 2022 Winter Olympics

On February 3, 2022 Korbel’s Institute for Comparative Regional Studies and the Center for China-US Cooperation hosted an engaging and timely discussion on the political and diplomatic implications of a controversial Olympic games. The Korbel School’s very own Cullen Hendrix, Timothy Sisk, and Suisheng Zhao were joined by former Olympic athlete Connie Carpenter Phinney and Korbel student Nicole Johnson, who shared their thoughts on the US diplomatic boycott and the effects it may have upon athletes, diplomats, US-China relations, and more.

Translating scholarship into other languages is key for connecting with global audiences and sharing research back with contributing communities. In this welcome event for the Latin America Center, held on November 11, 2021, Professor Oliver Kaplan led a discussion with Professors Aaron Schneider and Rebecca Galemba on the recent publication of their books in Spanish. Professor Pedro Valenzuela of the Javierana University in Colombia joined to share his perspective as a translator. Together, the scholars reflected on the significance, lessons, and ethics of translations as an essential form of dissemination and engagement.

The Occupation of Justice: The Supreme Court of Israel and the Occupied Territories

On October 6, 2021, the ICRS Center for Middle East Studies hosted a discussion with Professor David Kretzmer, Professor Yaël Ronen, and Raja Shehadeh. They provided a critical analysis of the manner in which the Israeli Supreme Court has dealt with petitions relating to the actions and policies of the Israeli authorities in the West Bank and Gaza. They also examined the impact of the Court on the legitimation of Israeli policies in the Occupied territories. This panel was moderated by Micheline Ishay.

On May 28, 2021, Jenny McAvoy joined ICRS Latin America Center Director Oliver Kaplan to discuss the significant concerns over civilian harm associated with U.S military operations. They discuss the changes we should expect to see in near future, how humanitarian advocates informed these decisions, and their significance for both the U.S. military and civilians.

On May 19, 2021, ICRS Center for Middle East Studies Director Nader Hashemi and former Dean of the Josef Korbel School of International Studies Tom Farer lead a presentation and critique of Joe Biden’s Middle East policy after 100 days in office. Where has the President succeeded? Where has he failed? Has he fulfilled his campaign promises?

Brexit: Why Did It Happen and What Does it Mean for Britain and the EU?

On May 3, 2021, Martin Rhodes and Martin Westlake considered the inevitability of Brexit. Was Brexit preordained by Britain’s history as ‘an awkward partner’ of the EU, seeking over many decades to carve out a special dispensation from its fellow member states, or was it driven principally by the emergence of a peculiarly English form of ethno-populism in the 2000s?

Perspectives on the Artsakh/Naorno-Karabakh Conflict

On April 15, 2021, the ICRS Center for Middle East Studies, the Conflict Resolution Institute, and UCCS’s Global Intercultural Research Center assembled a panel of experts with regional ties to bring different disciplinary perspectives to bear and to help us understand the history, relations, and prospects for peace in this troubled region.

On April 15, 2021, the ICRS Center for Middle East Studies, the Conflict Resolution Institute, and UCCS’s Global Intercultural Research Center assembled a panel of experts with regional ties to bring different disciplinary perspectives to bear and to help us understand the history, relations, and prospects for peace in this troubled region.

Covid-19, Governance, and Development in Africa

On April 7, 2021 the ICRS Africa Center hosted a panel on the impact of COVID-19 on the economy, democratic institutions, peace, security, and human development in Africa. In this panel, we were joined by renowned governance, development and medical experts to discuss African medical systems, traditional responses to COVID-19, Africa’s preparedness, the resilience of trade systems and economies during the pandemic as well as the impact of the pandemic on governance and democracy on the continent.

On November 12, 2020, the ICRS Latin America Center (LAC) hosted a lecture by Professor Alejandro Feged of the Universidad del Rosario in Bogotá, Colombia. Professor Feged discussed his framework for using big data to track and respond to COVID-19 outbreaks in Colombia.

On October 28, 2020, just days before the U.S. presidential election, the ICRS Center for Middle East Studies hosted Steven Levitsky, professor at Harvard University and co-author of the bestselling book "How Democracies Die" (2018).

On October 9, 2020, Berit Reiss-Andersen, Chairwoman of the Norwegian Nobel Committee, announced the United Nations World Food Programme as this year's winner of the Nobel Peace Prize. That same day in Denver, the Korbel Institute for Comparative and Regional Studies hosted a panel discussion on the history of the prize and its implications.

On October 8, 2020, the ICRS Latin America Center (LAC) hosted a lecture by Professor Diana Senior-Angulo on the social and political outcomes of the quest for citizenship undertaken by the Afro-Caribbean population in Costa Rica between 1927 and 1963. Dr. Senior-Angulo and LAC Director Oliver Kaplan also discuss the wider context of Afro-Caribbean political movements and its connections to antiracist struggles worldwide today.