Welcome to ICRS at Korbel 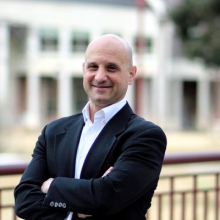 A letter from our director

Our current moment is characterized by economic uncertainty, environmental disaster, and military confrontation. The liberal geopolitical order led by the United States has given way to conflict in Europe, a new Cold War between the US and China, global setbacks on climate change and pandemic management, increasing inequality, and rising trade barriers. The old geopolitical and socio-economic order is failing; a renewed world system has yet to take shape. Meanwhile, fascist, authoritarian, and imperial agendas threaten. These are challenging times.

The Institute for Comparative and Regional Studies (ICRS) is committed to addressing the current crisis and building an alternative guided by three concepts: the role of labor, democratic inclusion, and the global South. We refer expansively to labor, especially highlighting those segments of society traditionally overlooked - the often-invisible work of women; the toil of peasants, farmworkers, and small farmers; and the hyper-exploitation of mineworkers, factory assemblers, app drivers, and informal sector hawkers whose precarity keeps goods and services cheap.

We consider democratic inclusion to mean the full exercise of participation and rights by all members of society. After a promising wave of democratization in the 1990s, governments failed to deepen democratic practices, succumbing to authoritarian reversals that even threaten some long-established democracies. Anti-democratic leaders play on existing cleavages, attacking populations minoritized on the basis of characteristics such as race, gender, ethnicity, sexuality, immigration status, and class, narrowing citizenship, circumscribing rights, and chipping away at democratic institutions.

We refer to the global South as the bloc of previously colonized, poorer and mostly non-white countries often relegated to the most exploited and environmentally-destructive activities within global value chains and frequently subject to intervention and imposition by stronger powers. Some countries within the global South have become powerful and rich, such as China and the oil-exporters of the Middle East, but in international hierarchies they and other Southern countries continue to face Northern, wealthy, and ex-colonial powers of the US, Europe, and Japan.

The current crisis is exacerbated by the collapse of previous global South projects. Decolonization prompted efforts to transform the post-WWII international landscape, but these efforts foundered before the occasional authoritarian and corrupt turn of some developing country regimes, as well as pushback and direct intervention by developed countries and Northern institutions such as the IMF and the World Bank. The end of the Cold War heralded triumphalism among liberal Western governments, coinciding with a rollback of welfare state provisions and weakening lower-class organization, as well as questionable military escapades, especially in the developing world. The weak states and fractured societies left over are prone to both state and non-state violence, and we now face a world of fundamental inequalities defined by North and South, rich and poor.

In response, we envision a world in which the broad category of labor finds common cause in improved incomes and livelihoods. We imagine societies in which all individuals and social groups exercise full, civic rights. Further, we consider a future in which the poorer, weaker, and global South nations advance mutual respect and multilateral coordination to address international problems. Our focus on labor, democratic inclusion, and the global South counterbalances the contemporary tendency to favor capital, exclusion, and the global North, coinciding with anti-democratic rule and militarized international relations in various parts of the world.

As an institution in the geographic heart of the United States, ICRS seeks to be an important hub of solidarity and expertise across regions and sectors. We are home to three global South research centers on Africa, Latin America, and the Middle East, and we have a closely associated China Center. We offer deep, area-studies expertise and embeddedness, as our scholars are drawn from the regions they study, have spent significant time there, return often, and appreciate the importance of knowledge and understanding rooted in the places we seek to understand and contribute.

With this letter, we invite you to join with us in the work of ICRS at Korbel. Founded in 2020, we enter our third year with renewed vigor and a focus on international solidarity, research, policy-engagement, and action. Watch this space, sign up for our communications, participate in our events, and contribute to our community’s research, dialogue, policy engagement, and educational programs and projects. In this moment of crisis, between past failures and threatening futures, ours is a voice of peace, multilateralism, development, dignity, and equity.