That’s the message former secretary of state, senator and presidential candidate John Kerry — known for negotiating the Iran nuclear deal with DU alumnus Mohammad Javad Zarif, minister of foreign affairs in Iran — shared with an audience of nearly 500 guests as he accepted the University of Denver Bridge Builder Award at the 20th annual Korbel Dinner.

The event, hosted by DU’s Josef Korbel School of International Studies, benefits the school’s programs, scholarships and centers, which are designed to serve students and the community at large.

For 20 years, the Korbel Dinner has brought important figures in politics — including Joe Biden, Condoleezza Rice and George W. Bush — to Denver to candidly discuss some of the nation’s most pressing topics. This year was no different, noted Chancellor Rebecca Chopp in her opening remarks at the event. In addition to Kerry, DU welcomed Madeleine Albright, the country’s first female secretary of state and daughter of school namesake Josef Korbel, as well as Colorado Sen. Michael Bennet and former senators Gary Hart and Hank Brown.

“For the past two decades, students, faculty, staff and alumni have gathered together over an enjoyable meal to meet leaders in the world — to be with those in Denver, in the country and around the world who care about international affairs, and who care about the Josef Korbel School,” Chopp said. “The mission of the school is to help prepare our students to be innovative, daring, thoughtful and always ethical global leaders in all sectors of the globe. It’s a big mission, but I bet everyone in the room tonight agrees with me that it’s never been more important than today.”

Chopp thanked those in attendance for their role in building a bright future both for Korbel students and the world. “Without you, those students … would not be able to come to Korbel. They would not have the kind of experience [they do,] they would not live the lives of service that they go on to live. They leave Korbel with your support to pursue meaningful careers around the world,” she said.

Later in the evening, Christopher Hill, the chancellor’s chief advisor on global engagement, introduced Kerry and Albright for a conversation facilitated by Floyd Ciruli, DU adjunct professor and director of the University’s Crossley Center for Public Opinion Research. In a wide-ranging and lively discussion covering topics from the recently released climate report and the state of democracy to the ongoing refugee crisis, Albright and Kerry displayed their depth of knowledge and quick wits. While they expressed concern over issues like polarization in America and low voter-turnout rates, Albright and Kerry also expressed their growing confidence in the next generation of leaders.

“I think what we have is a generation of young people that really do want to be involved,” said Albright, who now is professor of international relations at Georgetown University’s Walsh School of Foreign Service. “I am fascinated by my students, and it’s the same with the Korbel students, who really see themselves as future leaders and are trying to figure out where best to put their energies.”

Noting that he couldn’t agree with Albright more, Kerry spoke of his own optimism. “The day I returned from Vietnam, the first thing I heard was ‘Ambassador Hotel. Shots fired. Bobby Kennedy dead.’ We had bombs going off in America. … We had people with radical ideas running around with machine guns kidnapping people. We had riots in the streets of Detroit and Los Angeles — all across our country. We have been through tough times. And you know who stood up against that, leading the women’s movement, leading the environmental movement, leading the peace movement, leading the civil rights movement? Young people,” he said. “I believe in them.”

Optimism was a sentiment that rang loudly throughout the evening. Earlier in the night, Chancellor Chopp presented the Josef Korbel Humanitarian Award to DU alumna Patricia “Pat” Cooper. In addition to serving as a trustee for the DU Colorado Women’s College advisory board, Cooper co-founded the Women’s Regional Network and was a senior executive appointee for the Canadian government, where she advocated for women and children.

In her acceptance speech, Cooper thanked Albright for showing women that “the ceiling could be cracked,” and expressed excitement over the work women across the world are doing to improve lives. “I really want my granddaughters to know that you can have an idea, you can pursue it and it can become a reality. The whole time I’ve worked on the Women’s Regional Network with women in Afghanistan, Pakistan and India, I kept thinking the door would shut on me and it never did. I had to just keep going through it,” she said. “The women in that network are from the three worst countries to live in, but they also want to work for the women in their own countries.”

This year’s Korbel Dinner provided a much-needed opportunity to come together and dive deeper into today’s issues, said Pardis Mahdavi, acting dean of the Korbel School, and the power of the evening was palpable. “It’s an honor to host two former secretaries of state at the University of Denver discussing international relations in our current political climate,” Mahdavi said. “With all the global issues of the day, it is great to pause and reflect on this moment in time as we work to educate the next generation of talented and skilled leaders at the Josef Korbel School of International Studies.” 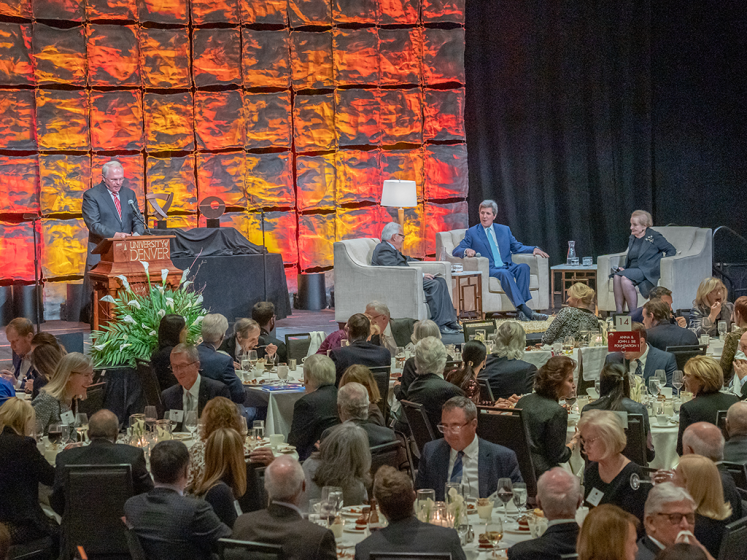 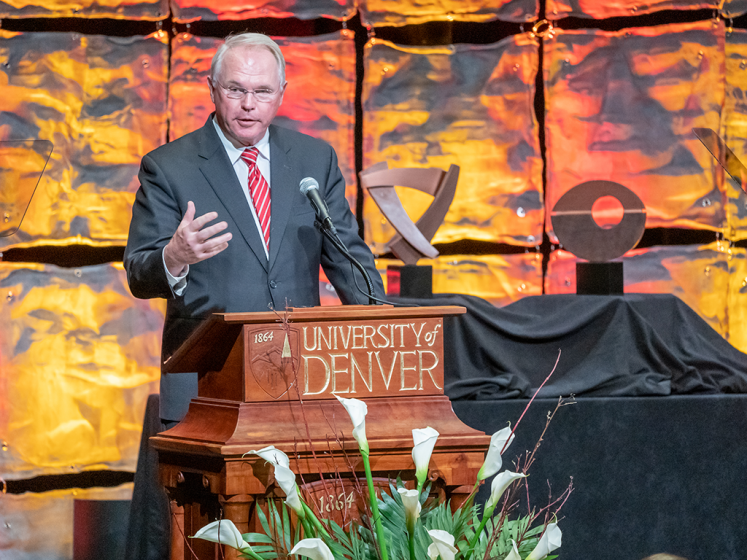 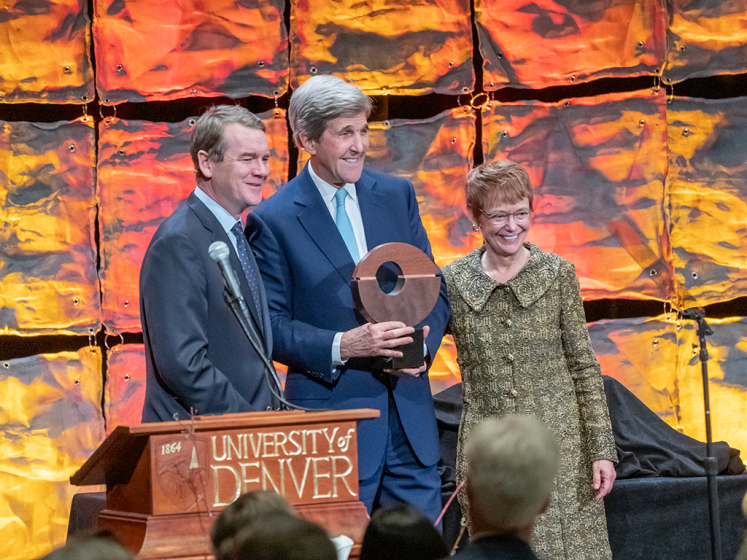 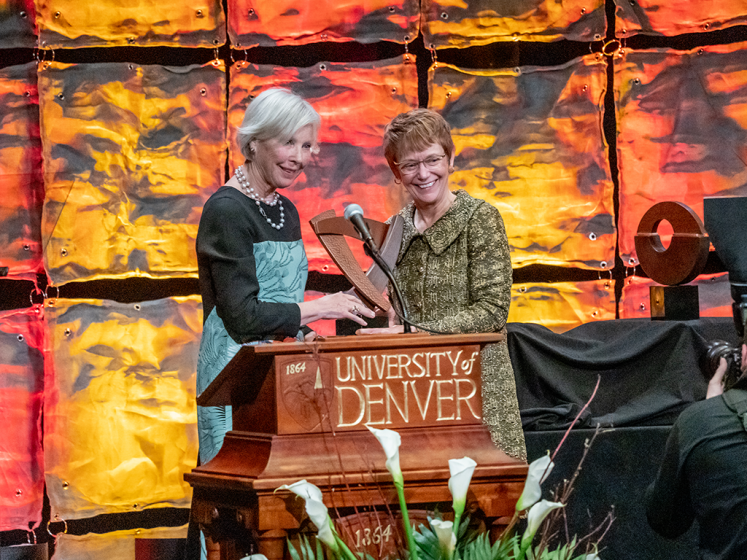 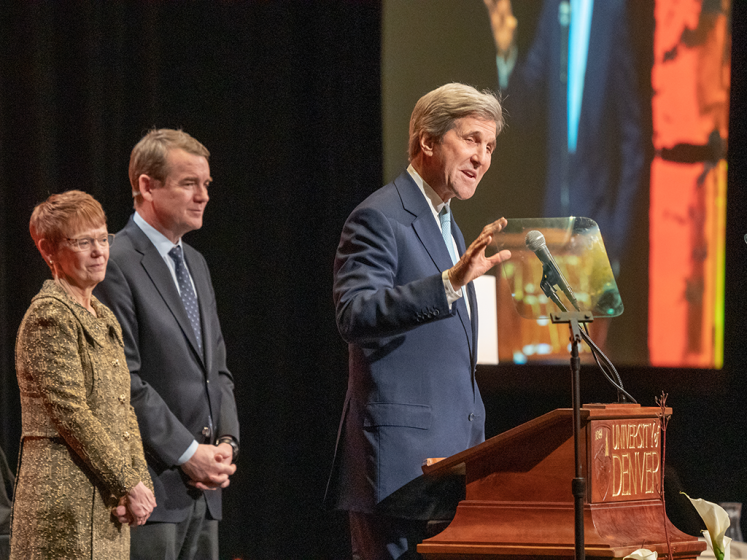 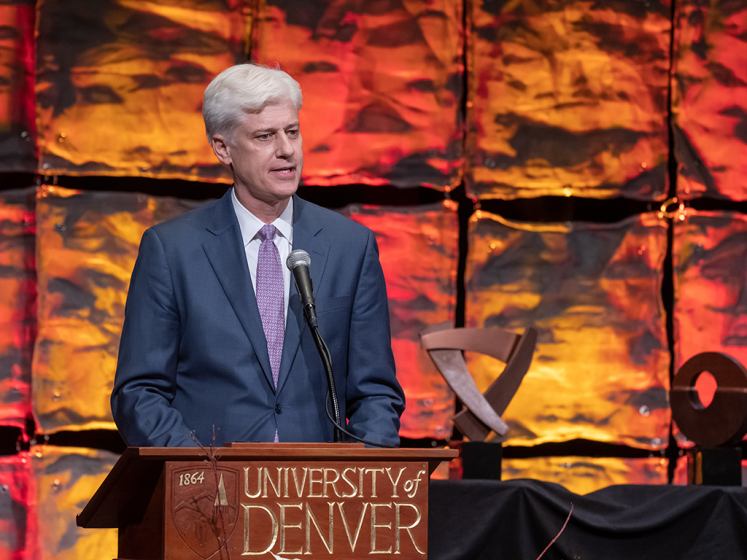 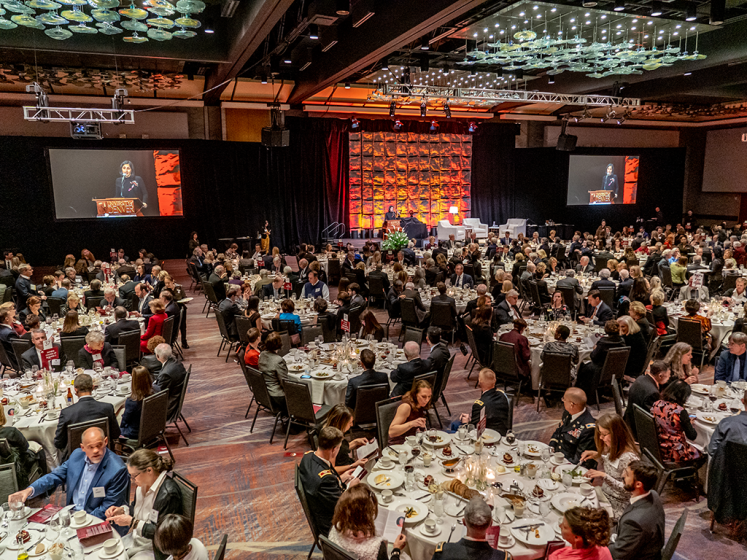 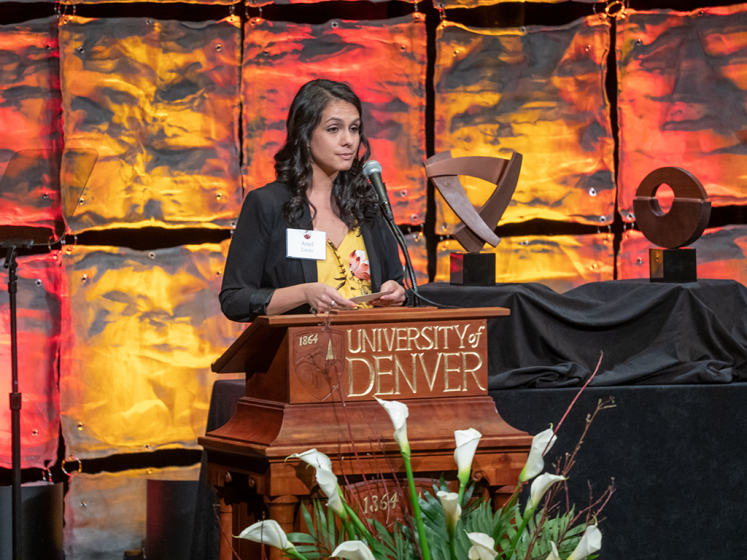 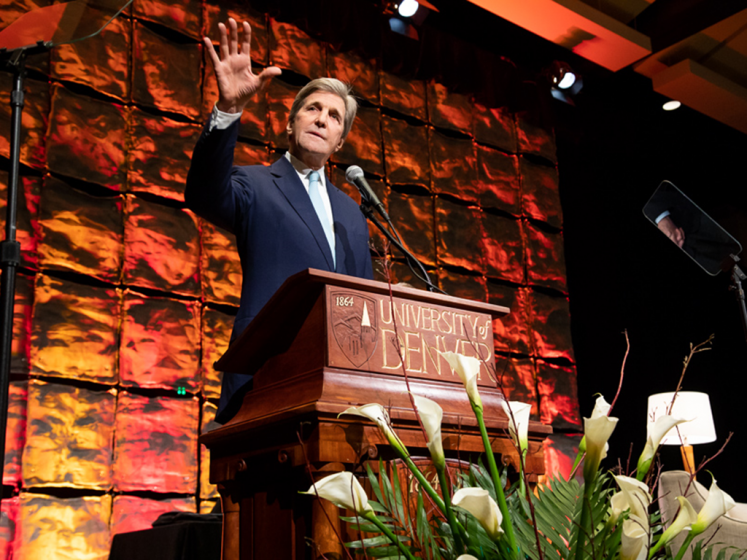 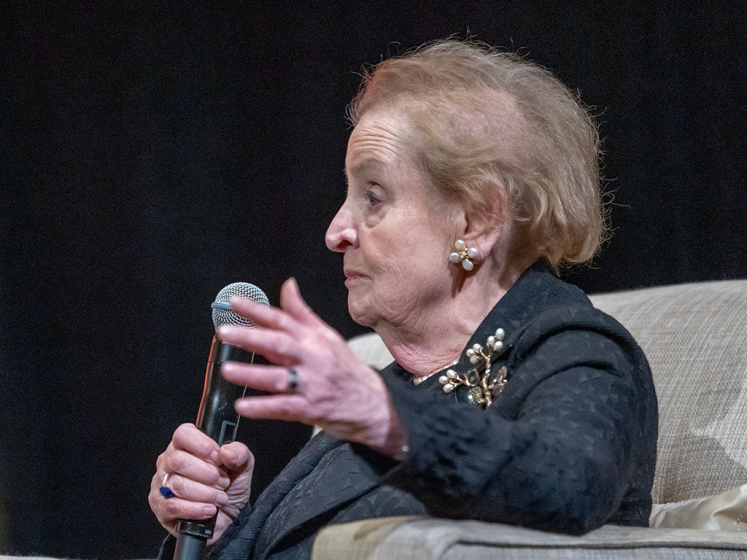 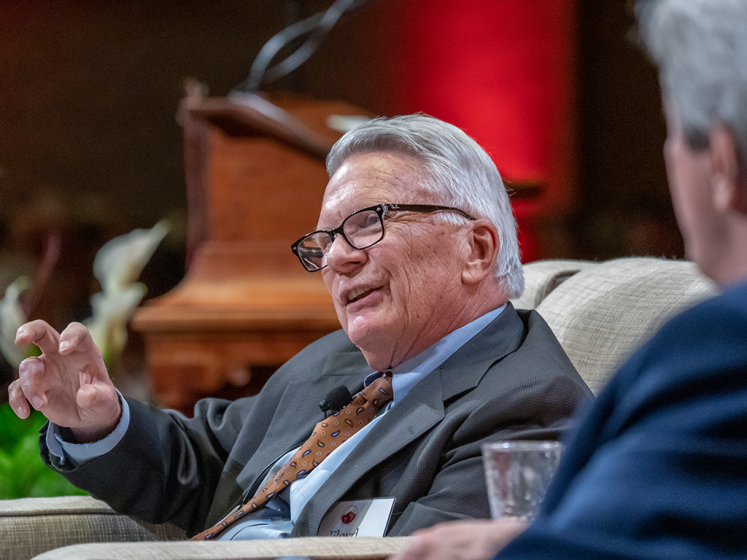 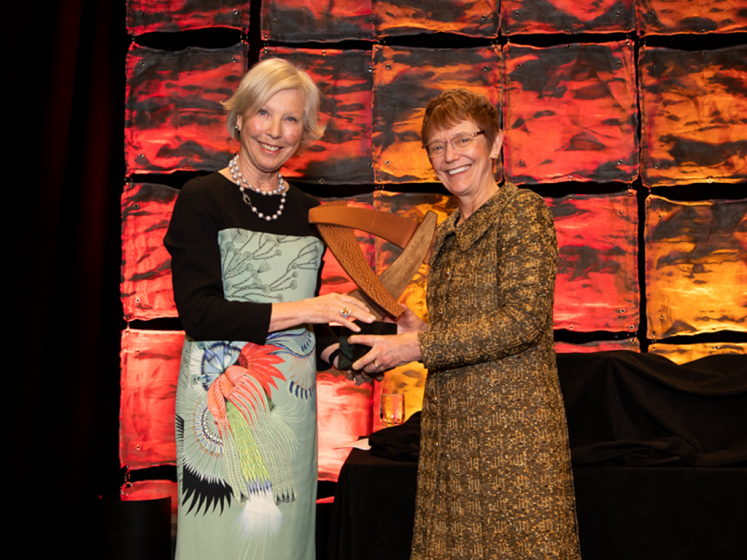 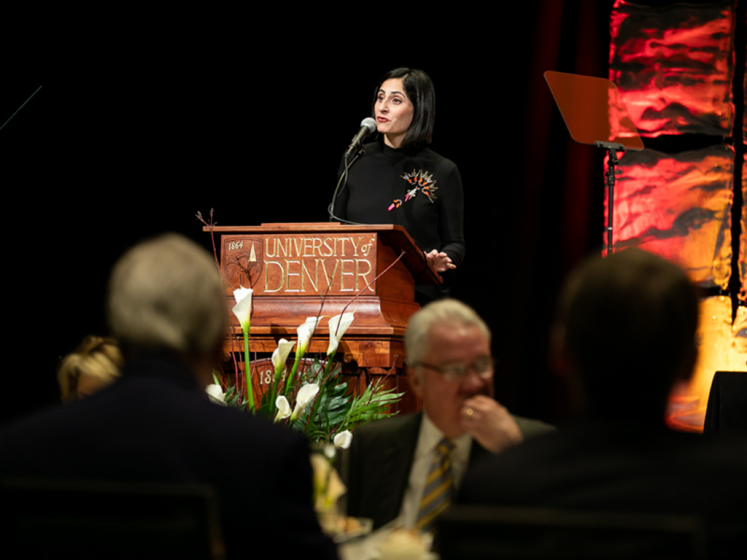 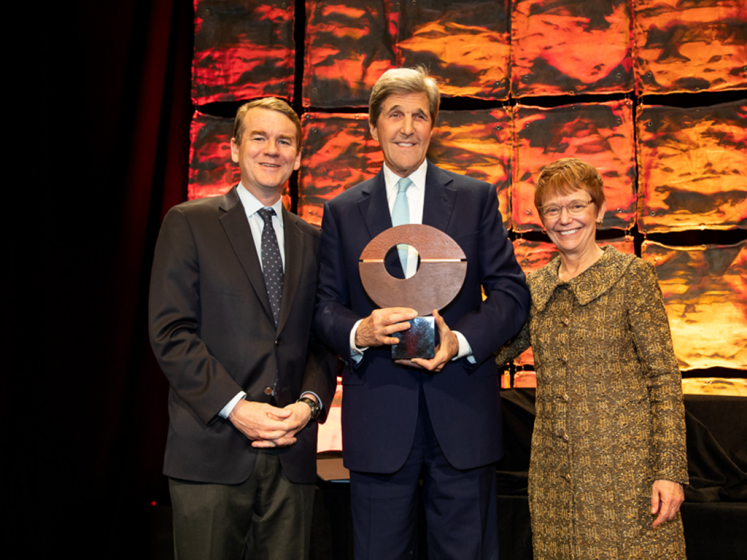