The Josef Korbel School of International Studies at the University of Denver is thrilled to welcome several new faculty members who will join our community in Fall 2021. Between them, they bring an extraordinarily rich set of experiences, field research and policy engagement across a diverse range of issues, including the developmental and ecological effects of Chinese foreign investment, the role of women in conflict, the contentious politics surrounding environmental policy, and stakeholder views of policing, over-policing and police brutality in minoritized communities. After a highly competitive search process that yielded over 1,500 applications, the Korbel School’s programs in international studies and public policy will gain new dynamism and depth with these outstanding hires.

Read below to learn more about each incoming faculty member’s background, current research, and forthcoming involvement at Korbel. 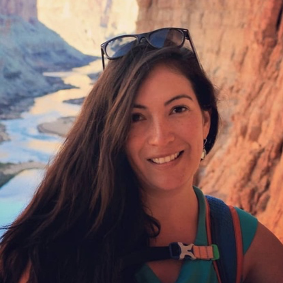 A Ph.D. candidate in ecology at the University of California, Davis, Linda Estelí Méndez-Barrientos' work aims to contribute towards an empirically based theory that accounts for power asymmetries as integral to the design and implementation of effective and equitable policy reforms for socio-ecological change. She has focused on the analysis of two major water reforms: California's Sustainable Groundwater Management Act (SGMA) in its effort to solve the state's groundwater overdraft crisis and South Africa's National Water Act (NWA) that aims to address apartheid's inequality in water access. Méndez-Barrientos is also the founder of s2e-Science to Empower, an initiative that facilitates applied science to support the defense of human and nature rights. 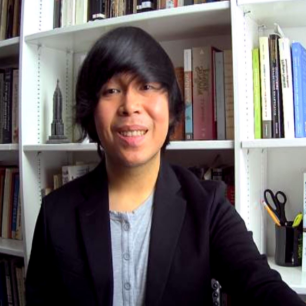 Alvin Camba is currently a Ph.D. candidate in Sociology at Johns Hopkins University. He has been awarded multiple best graduate research paper awards by sections of the American Sociological Association (ASA), funded by foundations or research institutions (e.g. The Chiang Ching-kuo Foundation, The Smith Richardson Foundation, The National Endowment for Democracy), and contributed to policy reports (Carnegie Endowment for International Peace, Center for Integrated and Private Enterprises).

Camba's research on Chinese capital in Southeast Asia has been published in notable development journals, such as Development and Change, Environmental Policy and Governance, and Journal of Agrarian Change. He has presented his work at the World Bank, US State Department, and the AidData. He has been interviewed by The Financial Times, The Wall Street Journal, Bloomberg, as well as consulted by Southeast Asian politicians and policy makers about China’s growing role in Southeast Asia.

Camba is currently working on several projects, but three are worth mentioning. First, he is finishing his dissertation and future book project on the “Strong leader trap.” Alvin argues that China – in this case, the Chinese Communist Party leadership and the key ministries - seeks and befriends “strong leaders” through major foreign direct investment (FDI) and development finance projects in hopes of securing protection for Chinese firms. This book project uncovers the unintended consequences of China's strategy of deliberately working with a "strong leader."

Second, working with Kelly Gallagher and Amy Jaffe at the Climate Policy Lab at Tufts University, Camba is examining the “cement-steel-infrastructure” interface of the Belt and Road Initiative. He is arguing that the literature on decarbonization and energy transitions focuses on the energy system but misses out on the complimentary industries that generate massive amounts of CO2 emissions and inextricably linked with the "infrastructure development” aspirations of many countries in the Global South. Here, he is looking at the domestic expansion of cement and the outward expansion of steel industries in the Global South that generate these emissions.

And finally, Camba has a long-term project on illicit capital. Specifically, he is looking for ways to trace money laundered out of China and into the offshore financial centers and then the Global South, often moving into “shady” sectors such as online gambling, wildlife smuggling, and land speculation. Apart from these, Camba is finishing multiple projects related to Chinese capital inflows and the South China Sea, Chinese investments in key sectors - nickel mining, industrial parks, and real estate – as well as trace the transformation of elite politics in key Southeast Asian states.

In Fall 2021, Camba is set to teach a section for the “Great Issues” course, where he will lecture on the economic, security, and political implications of China’s Belt and Road Initiative. In Winter 2022, he is set to teach a course on the “Political Economy of Development in the Global South,” which will have undergraduate and graduate variations.

Camba is looking forward to working in an interdisciplinary environment that fosters collaborative research and prizes policy engagements. 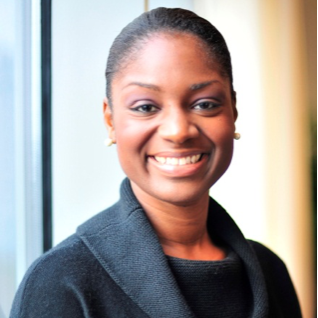 Clemmons is currently a Ph.D. candidate in public policy with a concentration in political science at Duke University. Her research focuses on the most important factors that help and harm the police-community relationship. Clemmons uses qualitative methods to answer questions about how civilians assess police. She compares policing of marginalized populations in the U.S. and Europe, having received grant support from across Duke, the American Political Science Association, and the Open Society Initiative for Europe.

Previously, Clemmons worked for the City and County of Denver as an Ombudsman while she completed her master’s degree in public policy at the University of Denver. Through her role as Ombudsman, she helped establish a new government agency, the Office of the Independent Monitor, that oversees investigations of police and sheriff misconduct. She then served as policy director for a national professional association of Black state legislators in Washington, D.C.

Clemmons' volunteer service has centered on empowering girls and women through policy advocacy at the Women’s Foundation of Colorado, as well as developing coalitions among young leaders from marginalized identities in the U.S. and Europe with the German Marshall Fund of the United States. Her commitments to advancing inclusion have been recognized by the Colorado Statesman Newspaper, the Diversity in National Security Network, Drake University’s Alumni Association, and Duke University’s Samuel DuBois Cook Society.

Currently, she is engaged in a two-year consultative project with the co-chairs of the Community Task Force for Safety and Wellness for the City and County of Durham. She serves as a strategic advisor of operations and qualitative data collection and translation.

At Korbel, Clemmons will be teaching a core course, Politics of the Policymaking Process, and an elective called Intersectional Inequality: From Local to Homeland Security. The latter will examine how inequality manifests differently by race and ethnicity, class, and gender using case studies in state violence, policing, incarceration, immigration enforcement, and homeland security.

Clemmons is thrilled to be joining Korbel and the Scrivner Institute. She is particularly excited for the opportunity to help equip bright and passionate students to advance meaningful and equitable policies across the world after graduation, and to collaborate with world-renowned faculty on cutting-edge research in justice and equity. 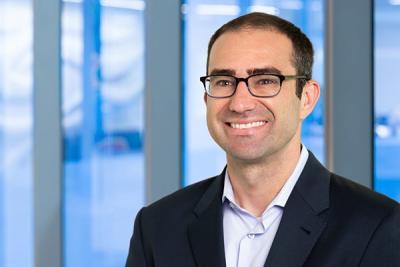 Matt Kazan is an Associate Professor of the Practice in the Korbel School of International Studies and a Principal at a health care advisory services firm, Avalere Health. Prior to joining DU and Avalere, Kazan spent over a decade working in the United States Senate. He served as a Senior Health Policy Advisor for the U.S. Senate Committee on Finance under Senators Max Baucus and Ron Wyden. During his time on committee staff, he was the primary policy adviser on a variety of issues, including Medicare payment and benefits, prescription drug pricing, and chronic illness. During his tenure, Kazan was involved in major legislative efforts including the Affordable Care Act, the Bipartisan Budget Act of 2018, the Medicare Access and CHIP Reauthorization Act of 2015, the Children’s Health Insurance Program Reauthorization Act of 2009, and the American Recovery and Reinvestment Act. 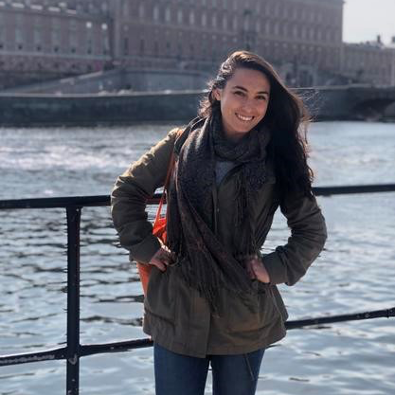 Hilary Matfess is currently a Ph.D. candidate in Yale University's Political Science Department and a 2020-2021 United States Institute for Peace (USIP) Peace Scholar Fellow. She is also a Senior Associate (non-resident) at the Center for Strategic and International Studies' (CSIS) Africa Program and a Fellow at the George Washington University Program on Extremism. Matfess' research is at the intersection of security, gender, and governance, with a focus on sub-Saharan Africa. Her work has been published in multiple journals, including International Security, Security Studies, Stability, Studies in Conflict and Terrorism, and African Studies Review. Her first book, "Women and the War on Boko Haram" was published in 2017 with Zed Publishers.

Currently, Matfess hopes to get one of her dissertation papers on women's participation in rebel groups and sexual violence against civilians under review soon, and she is thinking through ways to turn another of the papers into a book. She will continue to work with Jay Lyall, Travis Curtice, and Mara Revkin on co-ethnic and gender bias and policing in fragile and conflict affected states. Additionally, she is a Co-PI on a research project with Susanna Campbell, which examines modern foreign aid— the project is supported by APSA and Humanity United. She also has a number of authored book chapters in the pipeline, on women in non-state armed groups and on proxy wars in East Africa.

Matfess is applying for funding for a project on women in community based armed groups with Jakana Thomas. Finally, she is really excited to have the bandwidth to do more policy-oriented writing. She hopes to work with the GW Program on Extremism to do a gendered analysis of the Capitol Hill riots. At Korbel, she is very excited to get back into the classroom. She is especially excited to have the opportunity to teach on gender and security. She looks forward to engaging with the community at Korbel, where she is thrilled to join a collaborative and thoughtful community of scholars and practitioners.

M.A. in International Relations, with a focus on African Studies, Johns Hopkins SAIS.