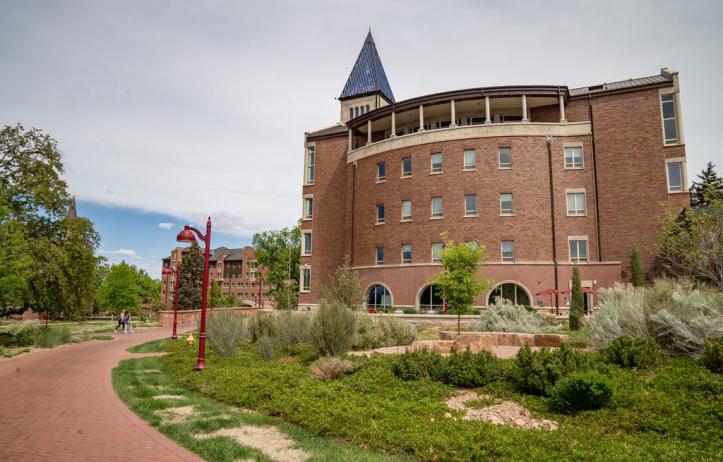 The Josef Korbel School of International Studies at the University of Denver is excited to welcome several new faculty members who will join our community in Fall 2022. Between them, they bring an extraordinarily rich set of experiences, field research and policy engagement across a diverse range of issues, including the challenges around democratic governance, international security and national weapons, the public policy impacts of social turbulences, and the relationship between political conflict and economic performance. After a highly competitive search process, the Korbel School’s programs in international studies and public policy will gain new dynamism and depth with these outstanding hires.

“We are delighted to welcome this outstanding group of faculty members to the Korbel School. Their depth and breadth of knowledge will greatly enrich the learning experience for students and bolster the Korbel School’s research enterprise.”

Read below to learn more about each incoming faculty member’s background, current research, and forthcoming involvement at Korbel. 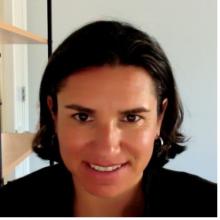 Rachel Sigman joins the Korbel faculty as Assistant Professor of Democratic Governance. She studies democracy, bureaucratic politics, and political economy in Africa. Her forthcoming book, Parties, Political Finance, and Governance in Africa (Cambridge University Press), looks at the different ways that politicians extract money from the state to fund their election campaigns, and how their different extraction strategies shape the capacity and performance of the state’s executive and bureaucratic institutions. Rachel also works on projects that develop new data and measurement tools for the study of political regimes and governance across the world. She currently serves as a non-resident project manager with the Varieties of Democracy (V-Dem) Institute at the University of Gothenburg in Sweden.

Rachel’s research articles have appeared in a number of journals including Comparative Political Studies, the Journal of Politics, the Journal of Global Security Studies, Political Science Research and Methods, and World Development. She has conducted research with and for the World Bank, the Open Society Initiative for West Africa, U.S. Africa Command, and the U.K. Foreign Commonwealth and Development Office (formerly DFID). Prior to joining the faculty at the Korbel School, Rachel was an assistant professor at the Naval Postgraduate School in Monterey, California and post-doctoral fellow at the V-Dem Institute. She received her PhD in political science from the Maxwell School of Citizenship and Public Affairs at Syracuse University. 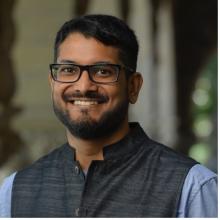 Debak Das is currently a Stanton Nuclear Security Postdoctoral Fellow in the Center for International Security and Cooperation (CISAC) at Stanford University. His research interests lie at the intersection of international security, nuclear weapons, diplomacy, statecraft, and international history. Debak’s current project book explores how states develop and acquire the means of nuclear delivery. Using historical and archival sources, he examines the different trajectories states have taken in developing their nuclear forces and how the global nuclear non-proliferation regime has enabled this process. He has conducted this research in France, India, the United Kingdom, and the United States. This research has been supported by the Stanton Foundation, the MacArthur Foundation, the Wilson Center, the Judith Reppy Institute for Peace and Conflict Studies, Cornell University’s Graduate School, the Cornell Institute for European Studies, and the Chateaubriand Fellowship.

Debak received his PhD from the Department of Government at Cornell University. Before Cornell, he completed his M.Phil in Diplomacy and Disarmament, and an M.A. in Politics and International Relations at Jawaharlal Nehru University, New Delhi. He has formerly held research positions at the Institute of Peace and Conflict Studies and Centre for Dialogue and Reconciliation, New Delhi. His prior work includes organizing extensive Track II Dialogues between India and Pakistan on nuclear and other related security issues. Debak is also a research affiliate at the Centre des Recherches Internationales (CERI) at Sciences Po, Paris, and at the Council for Strategic Defense and Research, New Delhi. 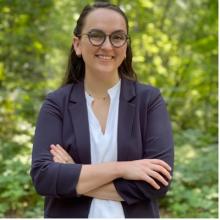 Dr. Kaitlyn M. Sims is a recent graduate of University of Wisconsin-Madison, where she received her PhD and MSc in Agricultural and Applied Economics. Sims researches the ways that individuals cope with uncertainty and social turbulence, including housing insecurity, domestic violence, incarceration, environmental health hazards, and poverty. Her research seeks to improve our understanding of how public policy impacts the prevalence of these uncertainties and how households recover from these shocks.

Sims brings economics training in causal inference to these challenging, policy-relevant questions. Her research utilizes data in many formats and scales, including big data, geospatial data, publicly accessible national and sub-national data sets, and novel data collection. Because the complex questions and difficult data environments she studies necessitate methods tailored to their specific challenges, Sims employs the full range of the quantitative toolkit, including standard econometric tools to identify causal relationships, as well as methods to demonstrate robust correlations. Her work has been published in the American Journal of Public Health and Environmental Research Letters.

Recently, Sims has focused on the relationship between institutional social services like police and domestic violence programs on the incidence of violence within the household. At Korbel, Sims will teach graduate and undergraduate courses on microeconomics for public policy as well as graduate-level cost-benefit analysis. 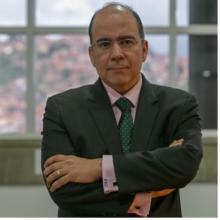 Francisco Rodríguez is a Venezuelan economist with decades of experience in public service, academia and the private sector.  He has taught economics and public policy at the University of Maryland, Wesleyan University, and the University of Notre Dame.  Rodríguez has held prominent positions in the public and private sector, including head of the Economic and Financial Advisory of the Venezuelan National Assembly (2000-2004), head of the Research Team of the United Nations’ Human Development Report Office (2008-2011) and chief Andean economist of Bank of America (2011-2016).  He has been a visiting researcher at the International Monetary Fund and a fellow at the Council on Foreign Relations.

Rodríguez’s research focuses on understanding the relationship between political conflict and economic performance.  In his work, Rodríguez has argued that economic collapses can result from the breakdown in institutions that manage political conflict.  In highly polarized societies, political actors are more likely to adopt “scorched earth” policies that generate negative effects on the economy in their struggle for power, turning the economy into a political battleground.

Rodríguez has also written extensively on the Venezuelan economy and the impact of economic sanctions  A 2019 letter signed by 16 members of Congress requesting a review of sanctions policy towards Venezuela cited Rodríguez’s research extensively, referring to him as “the leading expert on Venezuela's economy.”  Rodríguez is the founder of Oil for Venezuela, a non-profit organization focused on finding solutions to Venezuela's humanitarian crisis.

Rodríguez has published more than fifty research papers in academic outlets including the American Economic Journal, the Journal of Economic Growth, the Journal of Macroeconomics, and the Journal of Politics.  He is also a frequent contributor to Foreign Affairs, Financial Times, The New York Times, and the Washington Post, among others.  His book Scorched Earth: The Political Economy of Venezuela’s Collapse, will be published in 2023. He is a native of Venezuela and holds a B.A. in economics from the Universidad Católica Andrés Bello and a Ph.D. in economics from Harvard University.