Previous blog posts have pointed out French pollsters have a good track record in their final election predictions in spite of not being able to publish any results collected beyond the Friday before the Sunday election (April 24).

This year, polls showed President Macron ahead from the start of the April 10 runoff. His point spread grew to ten points on Friday. He won by 16 points (58% to 42%), a difference at least partially explained by the likely continued trend toward Macron over the weekend. In addition, there was a larger than usual abstention from voting, which frequently makes final projections difficult. 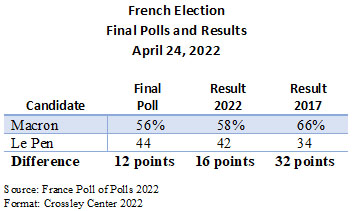 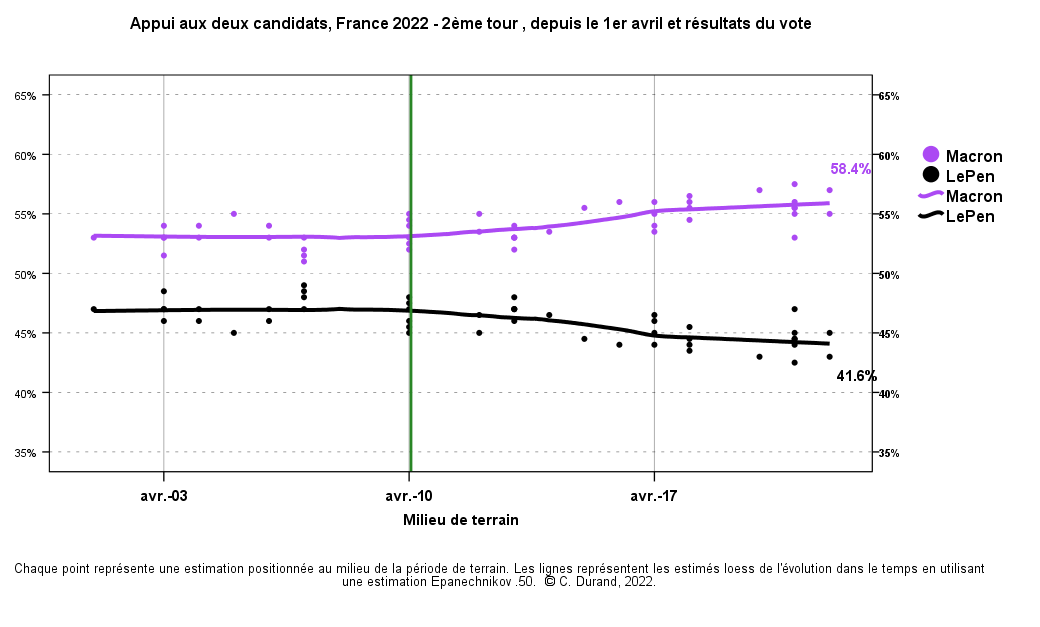 Much of the national and international media coverage was taken by Marine Le Pen’s recovery from her 32 percent loss in 2017 and her focus on economic issues, which appeared to be attracting voters. But in the end, Le Pen was still highly vulnerable to her hard right history and platform. Nor was she helped after the Feb. 24 invasion of Ukraine by her association with Russian nationalist politics (anti-EU, anti-NATO) and President Putin.

Will France’s nationalist right find a new, more acceptable champion? Will the concerns she articulated grow in national importance? Can Macron’s centrist party find a majority?

French Pollsters Get It Right