Q&A: The Complexity of Energy Policy in the U.S. 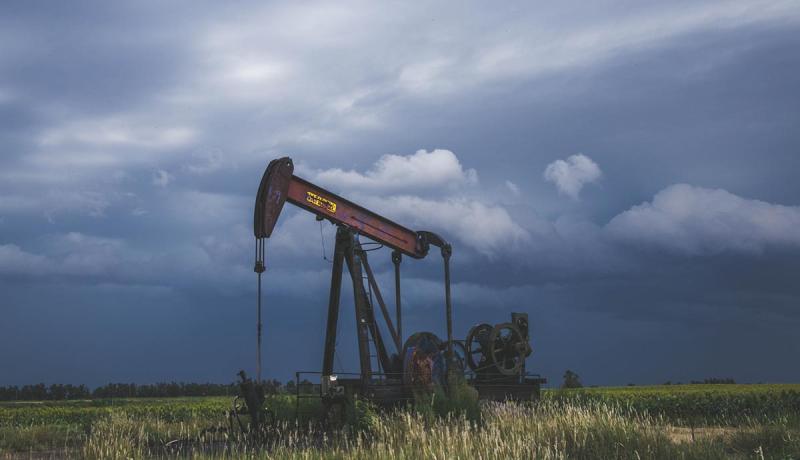 Since Russia’s invasion of Ukraine, the price of gasoline has skyrocketed as many countries boycott Russian oil. And despite falling crude oil costs, consumers have seen little relief at the pump. On Wednesday, lawmakers in the House Energy and Commerce Committee pressed oil executives about high prices.

Before Ukraine was invaded, gas prices had been steadily rising as demand increased and supply, cut at the start of the pandemic, tried to keep up.

In a conversation with the DU Newsroom, Frank Laird, associate professor in the Josef Korbel School of International Studies, explains the complexities of U.S. energy policy.

This conversation has been edited for length and clarity.

How would you define energy independence?

There’s no such thing. We are emmeshed in a global market for energy, especially for oil, but to some extent natural gas and, for that matter, solar and wind. The United States is self-sufficient in coal. Lots and lots of coal is in the U.S. Coal consumption has been going down for about a decade in the U.S., so we don’t import any coal. U.S. oil production increased a lot in the last 15 years. We even export, but we’re still in a global market. If the price goes up anywhere, it goes up everywhere.

What is the price of oil is kind of a complicated question. But when you see it in the newspaper, they're talking about crude oil, and they're usually talking about what's called the 30-day futures price. You could say, "I need 10,000 barrels of crude oil today," and you would buy it in what's called the spot market. They would quote you a price to deliver 10,000 barrels today. Or you could say, "I need 100,000 barrels in 30 days," so you would buy what's called a 30-day futures contract. That's the price you usually see quoted in the newspaper and on TV.

When do we start to see relief at the pump?

It takes a little time. It's starting to come down. I don't know exactly who's grabbing all this money, because you have to go from an oil refinery, to wholesalers, to distributors, to retailers. The retailers only make a few cents on the gasoline. That is a super-competitive market. That's why, by the way, most gas stations now are just convenience stores with gas pumps because the profit margin on the gasoline is zilch, but the profit margin on the soft drinks is very high.

The public often blames or praises the president for gas prices. Is that something presidents control?

This goes back to 1970s, and you have to sort of feel sorry for the president in this situation because it truly is a global market, and there's very little the president can do to affect it. This president has tried, so he calls other countries that produce oil and says, "Can't you increase your production?" And there's talk about improving relations with Venezuela and Iran because we've been suppressing their oil exports for foreign policy reasons. But they have lots of oil and they could sell more into the market. More oil into the market would depress the prices. Saudi Arabia has spare capacity. A few other Persian Gulf states do too.

Biden tries to encourage the producers, even American producers. I mean, this is a volatility problem. A lot of capped wells in the U.S. got shut down during the pandemic because the demand for oil went down, so President Biden would love those folks to start cranking out the oil again. But they're looking at this up and down, thinking, "Wait a minute, I spend all this money to uncap the well," because it's not just flipping a switch, right? You have a fairly elaborate procedure, so they think, "I could spend all this money to start producing, and then prices drop again, and I lose."

They're waiting for stability to decide what to do, and President Biden has released oil from the Strategic Petroleum Reserve. But there's not enough oil there to really affect global markets. The U.S. has hundreds of millions of barrels of oil in underground caverns, believe it or not, in the Southern U.S., and this (reserve) is something that was created in the 1970s in the wake of those energy crises. He's released a few tens of millions of barrels, but the U.S. consumes about 20 million barrels a day. So you could run that thing dry pretty fast if you tried to really pump it out fast. The president's kind of stuck because the public tends to blame whoever's in office, and there's actually not a heck of a lot they can do.

In February, several oil executives went on the record to say they wouldn’t produce more because of their duty to the stakeholders. Can Biden do anything to compel American oil companies to produce more?

One of the big distinctions between the U.S. and most of the rest of the world, the U.S. and Canada in particular, those two countries, oil producers are private, investor-owned companies. They decide what they're going to produce, and there's not a lot the president can do. In countries where the government owns the oil company, they can successfully pressure the company and say you have to. But for investor-owned oil companies, you can't compel them to do that. I mean you can just jawbone them a little bit. You can say, “Hey, it’s your patriotic duty.” But in the end, they're supposed to be responsible with their shareholders. They also should be responsible to the broader public, but that tends to take a backseat.

Couldn’t they make more money if they produce more oil?

Well, they might. But if enough oil comes onto the market and prices go down, the supply goes up, then suddenly they're making less per barrel. The new wells that they would open are more expensive to produce. You produce from your cheapest wells first, and then go up the cost ladder. They want to believe that the oil price will stay above some level so that they can make a profit. If it costs $50 to produce a barrel, and you think the price of a barrel is going down to $40, you're not going to produce oil. You can't stay in business long doing that. Where you really can get extra capacity is places that still have cheap-to-produce reserves that are not being tapped, and there's not a whole lot of that in the U.S. The U.S. is a big oil producer because of fracking. Fracking opened huge oil reserves and greatly increased production, but it’s not as cheap.