Q&A: Has COVID-19 Shifted the Momentum of Climate Change? 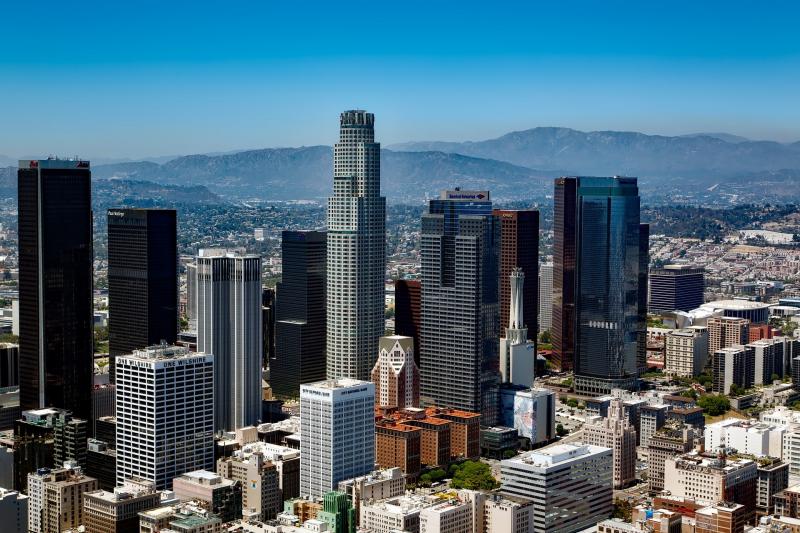 Airplane runways have quieted, rush hour traffic flows smoothly, and the smog has departed, revealing sunny, blue skies. COVID-19 has drastically altered life on a global scale, putting a halt or near halt to many of our most harmful practices. Could this temporary period of reckoning be enough to seriously combat climate change? Have humans changed their behavior for the long haul?

The DU Newsroom asked Brian O’Neill, professor in the Josef Korbel School of International Studies and director of research for the Frederick S. Pardee Center for International Futures, to answer our burning climate change questions by email.

A number of reports from around the world indicate that shelter-in-place orders could have a positive effect on climate change. What evidence have you found most compelling?

Also, any “positive” effects on emissions are really occurring for the wrong reasons. We don’t want emissions to fall because the economy is shrinking and people lose jobs and have to stay home. We want them to fall because the world is moving off of fossil fuels as its primary source of energy. Without that happening, the current emissions effects are not helpful to the climate issue.

Which human behavioral changes — undertaken in response to COVID-19 — have had the most significant impact on the state of climate change?

Changes in transportation have had the largest effect on emissions — and again the effect is on emissions that cause climate change, but not on the climate itself, which responds much more slowly. As you can imagine, use of electricity or natural gas to heat and light homes and run appliances has not been much affected. Some of that activity has switched from occurring in a workplace to occurring in homes, but the overall change has not been large. But with many people and businesses driving less, the reduction in carbon dioxide emissions from transportation has been significant.

Are any of these changes significant enough to change the trajectory of the threat of climate change?

No. The changes could be substantial for emissions this year, compared to historical trends. Rather than global emissions growing by about 1% per year, which has been the recent trend, they might fall by several percent. But climate change is caused by the accumulated impact of emissions over decades, so to really slow warming trends, emissions have to fall for a long time. For example, to meet the international goal of limiting warming to 2 degrees Celsius, global emissions have to fall by several percent per year, every year, for two or three decades.

International responses to COVID-19 have been varied. Are there places around the world that have experienced a more dramatic/less dramatic environmental impact as a result?

It’s hard to tell yet how different the effects on carbon emissions have been from place to place. We’ll need to wait for more data to come in to know that. But we do see a different impact on the environment that is striking already: reductions in local air pollution. Unlike climate change effects, effects on air quality occur very quickly. Local air pollutants often come from the same sources as carbon emissions, like driving cars and trucks or producing electricity. So the decrease in the [number of] vehicles on the road has improved air quality fairly dramatically in many cities around the world, including places in the U.S. like Los Angeles, but also in large urban areas like Delhi and Beijing, and many other places.

But here again, improved air quality is happening for the wrong reasons. We haven’t suddenly produced cleaner burning car engines or less polluting power plants. We have crashed the economy, which is not a solution to any environmental problem.

Could these positive impacts have a lasting effect on the health of our climate, or are they likely to be reversed as soon as some of these orders are lifted?

This is an important question, and it is too soon to tell what the long-term effects will be. In the short term, if, as we all hope, economies recover quickly from this disruption, carbon emissions will bounce back, too. That’s because this crisis is not leading to a change in the way energy is produced; it is just shrinking the economy. So within a year or two we will most likely be largely back on the trend of increasing emissions that existed before the pandemic occurred. It’s possible that emissions may grow even faster, if countries prioritize economic growth over environmental protection.

In the longer term, it’s possible that the event will change attitudes about the importance of making society more resilient to disruptions of all kinds, including from climate change. That could lead to support for stronger efforts to shift energy production away from fossil fuels and begin reducing emissions for the right reasons, not the wrong ones, as is happening now during the pandemic.

As someone whose research looks to the future of climate change, do you think COVID-19 is likely to change the projections and assumptions researchers have been working with?

I would say yes, no and maybe, depending on how far into the future you want to look. The pandemic will almost certainly change the outlook for carbon emissions for the next few years, as economies suffer, and hopefully recover, from the immediate effects of the disruption. It may change the outlook for the next decade or so, as the effects of that recovery become clearer, and it could lead to either more or less growth in emissions than originally projected.  Researchers studying, for example, how likely countries are to meet their emissions reductions goals in 2030 will have to update their analyses to take the effects of the pandemic into account. Changes in the climate system itself will not be noticeably affected over that time period, since climate responds to the accumulation of emissions over many years, not year-to-year changes in emissions.

Many researchers in this field look much farther out, decades into the future over the course of this century. My initial sense is that projections over that time scale are not likely to be substantially affected by this event. That could change, however, as we learn more over time about how big the effects of the pandemic and responses to it actually are, how long they last, and most important, whether they lead to behavioral or political changes that could have long-lasting effects.

What does the international response to COVID-19 teach us about combating climate change, surely another pressing threat to humanity?

The two issues are very different, not least because of the timescale. There are no projected impacts of climate change that are anticipated to be so sudden and at the same time so widespread. But from a broader perspective, it does demonstrate that the global community can make very large changes very quickly, given a strong enough motivation. Some of the discussions around the climate change issue have been about the feasibility of acting fast enough to meet the international goal of limiting warming to 2 degrees. So we do see now that fast action is possible. But even in this case the analogy is not all that strong, since the climate action has to be sustained over several decades.

Do you suspect some of the positive behavioral changes discussed earlier may be maintained after this pandemic?

I really don’t know how this event is going to affect behavior, either of individuals or of political institutions. We are already beginning to see very different responses across different groups of people, and we are likely to see even more as the pandemic goes on. How that will play out over time is anyone’s guess.

Has this pandemic had any noticeable effect on how people see the relationship between climate and human health?

Some people have argued that the event could, or should, make us more aware of the connection between the environment and health, and therefore of climate and health. That might happen, but I am not sure that connection will be made in many people’s minds. Climate does not appear to be a key factor in causing the pandemic, and while climate change is projected to have important effects on health, substantially increasing the risks of pandemics is not one of them.