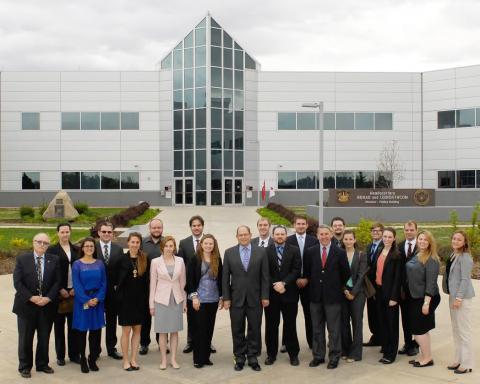 In addition, students received the Bi-Command Brief focusing on the missions of NORAD and USNORTHCOM and Mexico Transnational Criminal Organization Threat Brief by N-NC/J2 Intelligence Directorate. The students participated in a Roundtable Discussion with representatives from the U.S. Department of Homeland Security (DHS), U.S. Drug Enforcement Agency (DEA), Homeland Security Investigations (HSI), and U.S. Customs and Border Patrol (CBP). The visit concluded with a brief on the Future of U.S. - Mexico Defense Cooperation from the Mexican Navy Foreign Liaison Officer to USNORTHCOM.