Summer institute brings women activists together for training and sisterhood 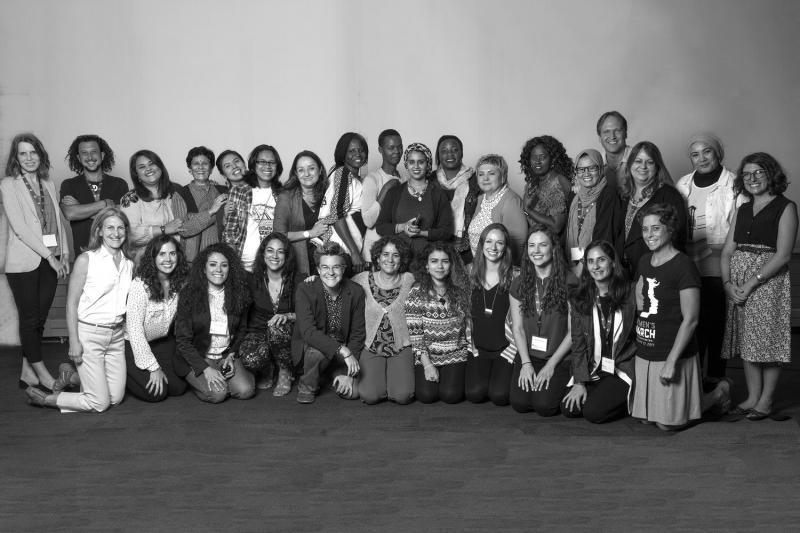 Last year, when Farida Nabourema arrived at the University of Denver for the Inclusive Global Leadership Initiative’s summer institute for women activists, she had her entire life packed in two suitcases.

The Togolese reformer founded the country’s Faure Must Go movement, aimed at organizing Togo’s citizens to force dictator Faure Gnassingbe out of power. Nabourema spent the previous year hopping from country to country for safety’s sake, never spending more than two weeks in one place. 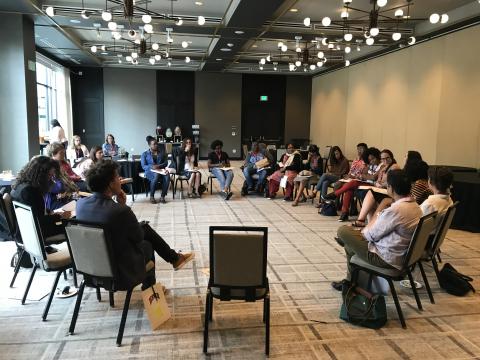 She came to the summer program not to hide or seek refuge, but to build a stronger campaign, backed by the latest research on women-led movements, new strategies and tactics, and a sisterhood of fellow activists.

“Meeting these women was really, really great, not only in terms of the network and resources I’ve been able to access,” Nabourema says, “but also in terms of the information I learned from their personal experiences that I wouldn’t have imagined possible beyond my own borders and beyond my own community.”

Nabourema was one of 15 women-identifying activists from around the globe who came together for the 2018 summer institute. This year, she’s returning as co-host alongside, among others, Christine Ahn, fellow IGLI alum and founder of Women Cross DMZ; Marie Berry, DU assistant professor and director of IGLI; and Maria Stephan and Kathleen Kuehnast from the U.S. Institute of Peace (USIP).

This year’s weeklong gathering will be third for the initiative, known as IGLI, and its first held in partnership with USIP. The 15-17 activists (and one DU graduate student) will spend the beginning of the week at a retreat in the Colorado mountains, benefiting from training on civil resistance and building peace, as well as resiliency and self-care practices such as yoga, hiking and art. Then the activists fly to Washington, D.C., where the training continues at USIP headquarters and the National Museum of African American History and Culture.

In addition to co-hosts Nabourema and Ahn, the participant list includes Ana Babovic, founder of Serbia on the Move, a nonprofit engaging Serbian citizens to build change, and Juliet Nnedinma Ulanmo of Nigeria, a legal practitioner focused on LGBTQ rights. This year’s cohort represents 15 countries, ranging from Colombia, Sri Lanka and South Sudan to Uganda, Jordan, Palestine and the Philippines.

“To clarify, these are rock star women,” Berry says. “They are at the top of their field. They are very accomplished and have won accolades.” 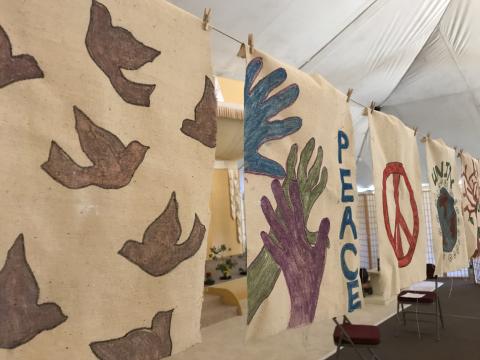 Although participants are already leading successful, world-changing movements, they have plenty to teach one another. And, the institute and its eight faculty offer a broad curriculum that combines nonviolent civil resistance, community organizing and peacebuilding through a feminist theoretical framework.

That “gender lens” sets IGLI’s training apart, says Berry: “We often think about social movements in terms of their direct, tangible goals, like getting this piece of legislation passed or removing this dictator from power. I think what a feminist framework asks us to do is to look far beyond those immediate goals at how we can transform broader systems of oppression to create a world that is more just and equitable.”

Through IGLI’s partnership with USIP, the women also will have the opportunity to interact with top policy practitioners in the nation’s capital. In addition, says Stephan, director of USIP’s nonviolent action team, they will be introduced to the organization’s SNAP (synergizing nonviolent action and peacebuilding) action guide, a tool used around the world.

“Our main thesis here at USIP is that you need both [peacebuilding and nonviolent action] together to be able to transform violent conflicts and to be able to assess the root causes and injustices that fuel violence and violent extremism,” she says.

To ensure gender remains centered in IGLI’s conversations around activism, Stephan’s nonviolent action team has partnered with USIP’s gender team, led by Kathleen Kuehnast. After all, Berry says, the world hasn’t yet figured out how to create lasting peace, and including women more intentionally may be the key. “We know that 40% of armed conflicts that end reoccur within 10 years,” she says. “Women, peace and security as an agenda is empirically grounded. We know that women’s inclusion in government and peace processes matters for outcomes.”

Other training programs for activists exist, but only IGLI focuses on women. This, Ahn says, is why she values her time at the summer institute so highly.

“We know, whether it’s in Liberia or Northern Ireland, that women have succeeded when they organize together and they actually cross various lines, from religious lines to national lines and political lines. They can bring an end to the conflict,” Ahn says. “I’ve had a few fellowship programs, but nothing that is uniquely for women activists to come together from around the world. It’s a really rare and special thing.”

As Berry sees it, the relationships formed between women from different countries, socioeconomic classes, cultures and causes — in a women-only space — are the real heart of IGLI’s work. 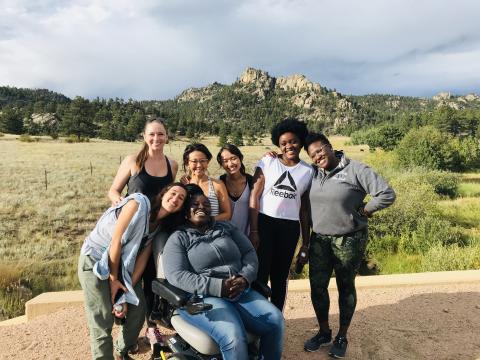 The networks formed during the summer institutes serve as both a strategy sounding board and a supporting shoulder. These networks have rallied to release IGLI alums from jail, create media buzz, grow petitions and voice frustrations, Berry notes.

“This is a way to have a heavy impact,” she says. “We are going to have people representing 15 countries and all of the work that gets put into this institute has a reverberating effect in 15 different contexts. I think this is a way of really maximizing the University’s reach in the world."