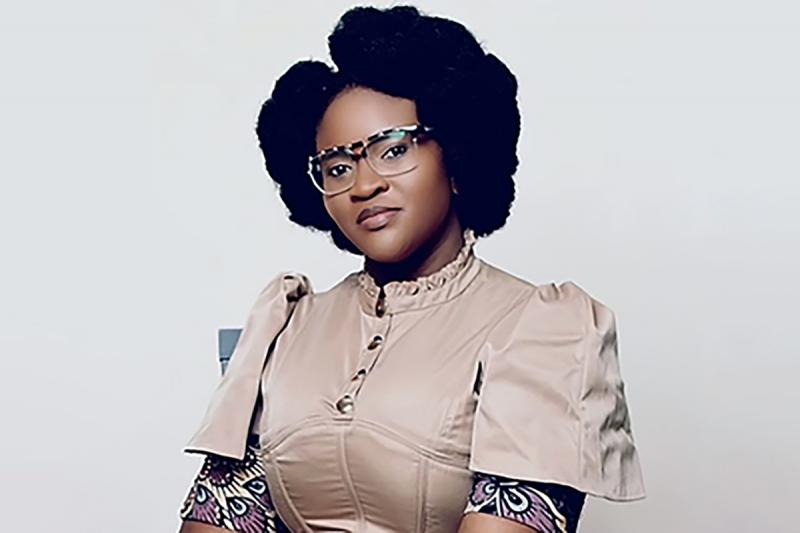 Farida Nabourema grew up in Togo watching her father model activism and the importance of political participation. By the time she was 13, she was already involved in that same work, and by 20 she had co-founded a movement known as Faure Must Go.

The movement’s goal was — and remains — to remove Togolese dictator Faure Gnassingbé from power and steer the country toward democracy by mobilizing its people. Because of this work and ongoing human rights abuses in Togo, she has faced threats and even had to flee the country.

Even so, her work continues. Not only is she fighting for Togo and its people as executive director of the Togolese Civil League, but she’s also working, as a practitioner-in-residence in the University of Denver’s Josef Korbel School of International Studies, to train a new generation of activists.

Her work is especially important now, as the pandemic has highlighted, and in some countries like Togo, worsened, human rights concerns.

“The [Togolese] government has used the pandemic as an alibi to ban all gatherings, even private events. And the funny thing is that people are allowed to do weddings and other celebrations in small numbers, but when activists conduct any activity, even press conferences, they are arrested,” Nabourema says. “And the other aspect of it is that overall, the condition of women has worsened with the ongoing pandemic.”

After years of addressing issues like these, Nabourema has plenty to teach graduate students at the Korbel School. She first connected with the University through the Inclusive Global Leadership Initiative’s Summer Institute, housed in the Sié Chéou-Kang Center for International Security and Diplomacy. She returns through the practitioner-in-residence program, which brings prominent practitioners to DU to share their insights and expertise with students and faculty.

During the spring 2021 quarter, Nabourema taught a 10-week virtual graduate class, Resisting Authoritarianism in the Digital Age. The course sheds light on the work activists are doing globally and trains students in practical applications of the theories they’ve spent hours learning.

“I am from the school of thought that theory is important, but then practice matters even more,” she says. “It’s just like when you’re studying science. We can’t graduate with any degree in science without taking lab classes, and we think it’s important to be in the lab and learn about how to safely use chemicals, but then we don’t realize that dictators can be even more dangerous.”

In addition to readings, films and discussions, Nabourema enriched her course by inviting fellow activists to join, taking on topics from feminism and bitcoin fundraising to community organizing tactics and transnational support. The goal, she says, was to introduce knowledge from outside academia and the voices of those working at the grassroots level.

“I think it is important for the students to hear from those who have experienced authoritarianism and those who have hands-on experience fighting authoritarianism and defending democracy, instead of learning it from those that are documenting the effort,” she says. “I think there is a far difference between eating the food that is cooked by a chef and eating it from somebody who followed the instructions in a cookbook.”

Training like this is critical, Nabourema says, as threats to democracy all over the world, including in the United States, are gaining momentum. Aided by digital tools, these threats are even more powerful and sinister.

“As much as technology has been contributing to advancing democracy all over the world, this is no longer a time where governments are surprised by social media, as was the case in Tunisia and Egypt in the early 2010s,” she explains. “I felt like it was really important for our students to know more about the creative and innovative ways that citizens are resisting against authoritarianism across the world, in the digital era by also becoming aware of digital repression such as censorship and surveillance.”

Even in the U.S. — where opportunities like this very class and a wealth of other resources for organizing are available — activists and concerned citizens have work to do.

“I wanted [students] to know that, although some people have it way worse, they are still finding ways to resist and to demand change and accountability.” Nabourema says. “American students have no excuse to not be defending and protecting their democracy.