The faculty and staff of the Scrivner Institute are defined by their passion, expertise and dedication to using public policy as a tool to create a more just, equitable and healthy world. Learn more about them and how they're advancing positive public policy solutions below.

Naazneen H. Barma is Director of the Doug and Mary Scrivner Institute of Public Policy, Scrivner Chair, and Associate Professor at the Josef Korbel School of International Studies at the University of Denver. She is a political scientist whose work spans topics including peacebuilding, foreign aid, the political economy of development, and global governance. She is currently working on a collaborative project that aims to develop a principled and pragmatic roadmap for a modern global liberalism. She is author of The Peacebuilding Puzzle: Political Order in Post-Conflict States (Cambridge University Press 2017), co-author of Rents to Riches? The Political Economy of Natural Resource-Led Development (World Bank, 2011), and co-editor of Institutions Taking Root: Building State Capacity in Challenging Contexts (World Bank, 2014) and The Political Economy Reader: Markets as Institutions (Routledge, 2008). Prior to joining the Korbel School faculty, she was Associate Professor of National Security Affairs at the Naval Postgraduate School from 2000–2010 and previously worked from 1998–2001 and 2007–2010 as a development practitioner at the World Bank. 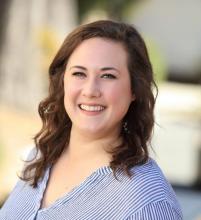 Katie Aker is the Program Manager for the Scrivner Institute of Public Policy. She has a Master of Public Administration and a Master of Arts in International Education Management from the Middlebury Institute of International Studies. Katie has previously worked as a program manager and coordinator for several social impact initiatives, including programs related to university-community engaged research, ocean conservation and social enterprise, and sustainable agriculture action research. Prior to graduate school, Katie served as a community economic development volunteer with the Peace Corps in Peru and completed her undergraduate degrees in Business Administration and Spanish at Colorado State University. 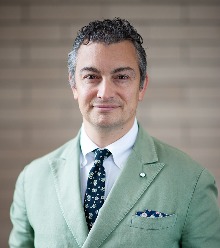 Lapo Salucci is a native of Florence, Italy, where he obtained his Political Science BA degree. He also graduated from the Maxwell School of Syracuse University with a MA in International Relations. He obtained his PhD from the University of Colorado at Boulder, with a specialization in comparative politics and a thesis on the electoral effects of immigration in cities in three European countries: England, Italy and Austria. He has been teaching public policy at the University of Denver since 2009. His teaching concentrates on methods (quantitative and qualitative), urban policy, American government and public policy in general. He has published in Urban Affairs Review and his research focuses mainly on the determinants and the effects of mobility in US cities. 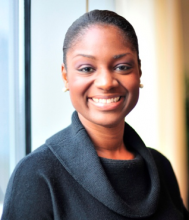 Ajenai Clemmons is an Assistant Professor of Public Policy at the Scrivner Institute. She researches the policing of marginalized communities in democratic contexts, particularly the United States and Europe. She teaches courses on the politics of the policymaking process, intersectional inequality, as well as state violence and local security. She earned her Ph.D. in Public Policy from the Sanford School of Public Policy at Duke University in Durham, NC. She conducted part of her doctoral research locally and remains engaged in a two-year consultative project with the co-chairs of Durham’s Community Task Force for Safety and Wellness. Previously, Ajenai worked for the City and County of Denver as a Community Relations Ombudsman while completing her master’s degree in Public Policy at the University of Denver. She helped establish a new government agency, the Office of the Independent Monitor, that oversees investigations of police and sheriff misconduct. Ajenai then served as Policy Director for a national professional association of Black state legislators in Washington, D.C., keeping lawmakers apprised of policy issues and facilitating meetings with the White House, Administration, and Congress. There, she also helped build coalitions with the Native American, Asian American, and Hispanic legislative caucuses. 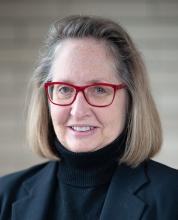 Tamra Pearson d’Estrée is Professor of Conflict Resolution in the Josef Korbel School of International Studies. Her current policy research explores how immigrant integration policies and frameworks interact with community attitudes and behavior toward Muslim immigrants. She also teaches and does research on collaborative processes of environmental policy formation and implementation. Other research interests include identity dimensions of social and ethnic conflict, processes of intergroup conciliation, second track diplomacy, reconciliation and transitional justice, and the evaluation of international, community and environmental conflict resolution. In addition to numerous book chapters and journal articles, she is co-author, with Bonnie G. Colby, of Braving the Currents: Evaluating Conflict Resolution in the River Basins of the American West (Springer), co-editor, with Ruth Parsons, of Cultural Encounters and Emergent Practices in Conflict Resolution Capacity-Building (Palgrave Macmillan), and editor of New Directions in Peacebuilding Evaluation (Rowman & Littlefield). She also directs DU’s Conflict Engagement and Resolution Initiative. She has a PhD in Social Psychology from Harvard University. 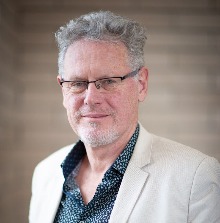 Martin Rhodes is Distinguished University Professor at the Josef Korbel School of International Studies. His research interests are in European Union Studies, comparative welfare systems, banking politics and public policy. His most recent publications cover Britain and the EU (Brexit) and regional and international policy responses to Covid-19. 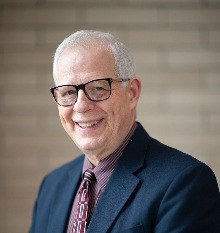 Frank N. Laird is an Associate Professor at the Josef Korbel School of International Studies. Dr. Laird’s research focuses on renewable energy policy, climate change policy, the interactions between the public and governments over environmental issues, and the history and institutions of science and technology policy. He has analyzed the opportunities and challenges for an energy transition away from fossil fuels and has questioned the simplistic assumptions that underlie many discussions of energy transitions. He has also analyzed the difficulties confronting the government funding of scientific and technological research. His publications include Solar Energy, Technology Policy, and Institutional Values (Cambridge University Press, 2001), numerous book chapters, and articles in academic and professional journals, such as Minerva, Journal of Public Policy, Issues in Science and Technology, Energy Policy, and Review of Policy Research. He has received three research grants from the NSF in support of his work. He has a BA in physics from Middlebury College, a PhD in political science from the Massachusetts Institute of Technology, and did post-doctoral work in environmental policy at Harvard University. 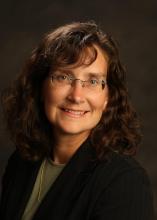 Hinckley Jones-Sanpei's research focuses on applied ethics in public institutions and communities. In addition to her research, Dr. Jones works in community program evaluation, facilitating local government organizations in establishing data feedback systems to inform their mission-driven decisionmaking. She has taught public policy courses at the masters and undergraduate level for over fifteen years, including decision-making and statistics using Excel, regulatory policy, cost benefit analysis, and public ethics. Since 2010, she has supervised student projects for community organizations in public policy areas such as substance abuse and criminal justice, public education, health care policy, and refugee programs. 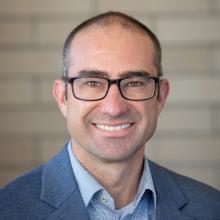 Matt Kazan is an Associate Professor of the Practice in the Korbel School of International Studies and a Principal at a health care advisory services firm, Avalere Health. Prior to joining DU and Avalere, Matt spent over a decade working in the United States Senate. Matt served as a Senior Health Policy Advisor for the US Senate Committee on Finance under Senators Max Baucus and Ron Wyden. During his time on committee staff, Matt was the primary policy adviser on a variety of issues, including Medicare payment and benefits, prescription drug pricing, and chronic illness. During his tenure, Matt was involved in major legislative efforts including the Affordable Care Act, the Bipartisan Budget Act of 2018, the Medicare Access and CHIP Reauthorization Act of 2015, the Children’s Health Insurance Program Reauthorization Act of 2009, and the American Recovery and Reinvestment Act. Originally from Littleton, Colorado Matt holds an undergraduate degree from the University of Denver and a Master of Public Policy from the George Washington University.

Our Faculty Advisory Committee helps guide our research, education and programming, and comprises faculty from across the University. Their wide-ranging expertise ensures we approach all aspects of our work from an interdisciplinary perspective, which is imperative for developing effective policy solutions.