Civil Discourse in an Uncivil Age

On October 4, 2022 the Josef Korbel School of International Studies at the University of Denver celebrated the launch of Denver Dialogues, a new event series produced by the Scrivner Institute of Public Policy that models civil discourse by bringing together experts to engage in robust and constructive conversations on major issues facing the nation and the world.

The virtual program featured discussions with experts from the nation’s premier think tanks: Condoleezza Rice, 66th Secretary of State and director of the Hoover Institution; Robert Doar, president of the American Enterprise Institute; Dan Porterfield, president and CEO of the Aspen Institute; and Anne-Marie Slaughter, CEO of New America. The conversation centered on the importance of civil discourse for a healthy democracy and the role of institutions like universities and think tanks in fostering evidence-based civic dialogue on issues that divide us as a society.

The Denver Dialogues series is presented in complement to an overarching Civil Discourse Initiative coordinated by the Korbel School and Scrivner Institute, with the aim of contributing to the renewal of our society’s ability to engage in intelligent disagreements and productive dialogue between people who hold opposing views.

“Civil discourse is a fundamental pillar of healthy democracy,” says Naazneen Barma, director of the Scrivner Institute of Public Policy. “Universities play an essential role in encouraging our students to engage in constructive debate on the most challenging issues of our day via reasoned and evidence-based discourse.” Barma joined the Korbel School’s dean, Frederick “Fritz” Mayer as moderator of the program. 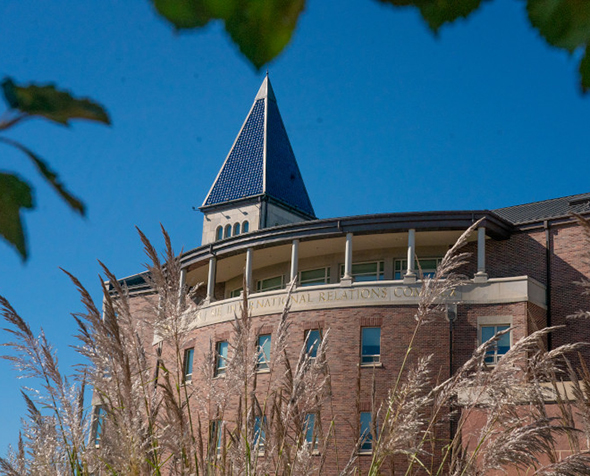