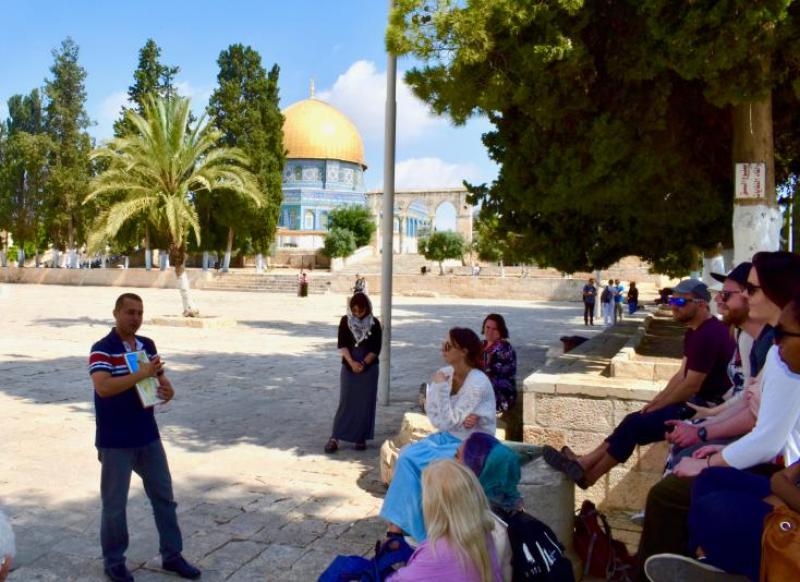 T­he 400-meter path to Masada, an ancient fortress carved into the face of a massive plateau, starts at the lowest point on Earth — the Dead Sea.

This summer, a group of University of Denver students snaked their way to the top as part of an annual trip to Israel and the West Bank hosted by DU's Center for Middle East Studies and led by Micheline Ishay, a professor of international studies in the Josef Korbel School of International Studies.

While other visitors likely got one version of the World Heritage Site’s history that day, DU students got two as they sat listening to their two guides — one Israeli and one Palestinian — debate their differing stories.

These conflicting histories are a manifestation of the long stewing Israeli/Palestinian conflict, and that converging of perspectives, though unpleasant, is exactly what Ishay hoped students would witness during their trip.

“[The students] come with strong positions about the conflict, and then hear perspectives they never heard before. Whether they are pro-Israeli or pro-Palestinian, there are many shades of gray that can add deeper texture to simplistic analyses,” says Ishay who was named University of Denver Distinguished Scholar in 2007.

This year was the third for the program, which is run in conjunction with Mejdi Tours, an organization dedicated to presenting travel experiences with multiple narratives. For students, a portion of the trip is subsidized by a generous donor, and community members are welcome to join the group as well. Before the trip, participants are required to get up to speed on the conflict through Ishay’s course, Human Rights in the Middle East during the winter quarter. The class examines the history of human rights in the Middle East and analyzes the region’s social transformation while asking key questions about its future.

Solo visitors to the region seldom get the opportunity to experience both Israel and the West Bank. They might take in museums and religious sites, but it’s rare for tourists to sit down with politicians, NGOs and families.

This is the access Ishay’s summer program offers, thanks to facilitation by Mejdi Tours and Ishay’s own experience and expertise in the region.

The promise of new perspectives drew Nate Bailey, an international studies graduate student, to join Ishay for his fourth visit to the region. In addition to studying abroad in the Middle East during his undergraduate years, Bailey spent an additional two years living in the West Bank and Jordan.

“Micheline’s connections were able to get us meetings with organizations that are difficult to get. There were some human rights organizations that don’t take audiences often, and we met with government officials who were both Israeli and Palestinian,” Bailey explains. “I wanted to go in and see what has changed, what hasn’t changed, how I have changed and how I haven’t changed.”

At times, the trip focused on tourism: floating in the Dead Sea, taking a boat ride on the Sea of Galilee and visiting the Church of the Nativity. Mostly though, Ishay and Mejdi allowed students to cross boundaries, physical and otherwise, to explore the conflict in its true context.

“We went to the Knesset (Israel’s legislative body), we had people from intelligence, from security, from NGOs. We had parents who grieved their children’s losses on both sides, Women Wage Peace, an imam, Arab Israeli citizens, Druze leaders, Palestinian politicians and ordinary residents of the West Bank. They hear all of it,” Ishay says. “There’s no filter — no censorship.”

“We go to a settlement and have a very logical, respectful conversation about what it is they believe and why they believe they should be there. There are a lot of uncomfortable conversations that help [students] really understand all of the interests involved and why it has evolved the way it has,” she explains. “You don’t get that when you are just reading about it.”

The emotion of it all — the confusion, shock and even hope — are essential for growth. On the Israeli side, Ishay says, the visit to Yad Vashem, the world Holocaust remembrance center, hits everyone hard.

That’s also the case with the two nights each student spends with a Palestinian family, sharing dinner, laughs with children and TV time. “They see a face, not just people who throw stones,” Ishay explains. 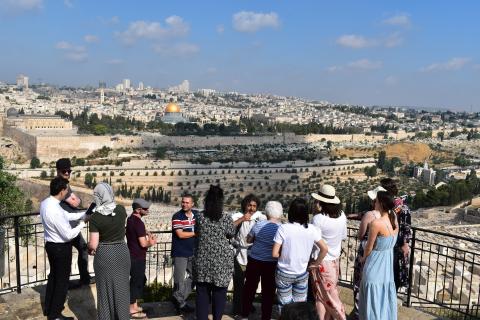 For Bailey, that was certainly the case. “Every time I’ve gone to the region, that’s been the most eye-opening part of it — just interacting with people who are the same as you and I,” he says. “It’s an opportunity to get past some of that formality of difference and get to know each other and bond over food. After a while, you can start having those really personal conversations where you feel the connections and hear the human narratives behind the [media stories].”

As the new director of the Korbel School’s international human rights program, Ishay hopes to bring students more of these brushes with reality.

“I want them to hear this. I don’t want them to be parachuting from the cloud and think the world is like it is in the classroom,” she says. “The classroom prepares you, but then you have to face the world. You will gain so many more layers of understanding by connecting this cognitive part of classroom education with real life experiences on the ground.”