Abortion wars have broken out around the country with the leaking of Justice Alito’s draft opinion. Our blog of May 6 was used in a story in the Washington Times by reporter Valerie Richardson on the span of public opinion, from wanting to maintain Roe v. Wade and not criminalizing abortion to being willing to accept some very onerous restrictions. Both sides and parties accuse the other of extremism. My comments were:

Such positions run counter to the Democratic Party line, which explains why pro-choice lawmakers don’t go there, said Floyd Ciruli, director of the University of Denver’s Crossley Center for Public Opinion Research.

“As soon as you start talking about restrictions, Democrats are playing defense, which is why they’re focused almost entirely on Roe and criminalization. They want to keep that the focus as much as possible,” said Mr. Ciruli. “That’s their best argument.”

“That’s what you end up with: Keep it legal, don’t criminalize it, but on the other hand, well, you can certainly restrict it,” said Mr. Ciruli. “What they’re really saying is that ‘I accept some restrictions.’ And frankly, the Democrats may have to argue that ‘this restriction is, in fact, a ban,’ and I don’t think they’re going to win with that because a lot of this is pure politics.”

Democrats are having to play defense, given the Supreme Court’s majority has at a minimum a very strictive view of abortion, if not acceptance of overturning Roe v. Wade, and allowing states to implement outright bans. Clearly, the Democrats’ best case at the moment is turning a couple votes for the least restrictive result possible, so expect the political maneuvering to continue. 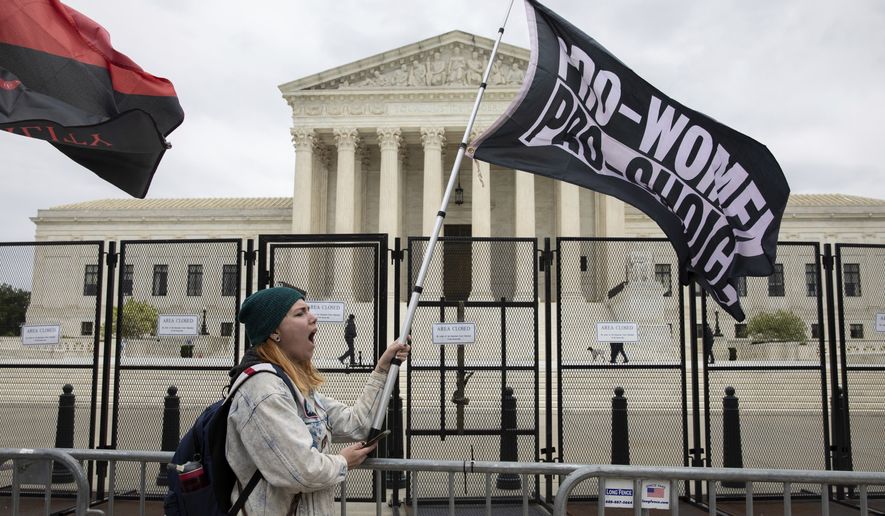