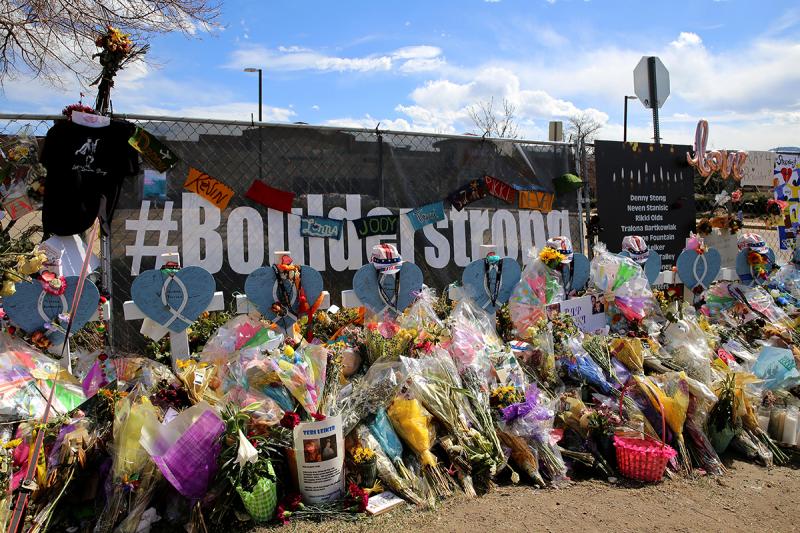 Since January 2021, according to the Gun Violence Archive, the United States has had 15 mass shootings with more than four victims. One such tragedy in Boulder, Colorado, claimed 10 lives. Each mass shooting is invariably accompanied by calls for thoughts, prayers and even reform. But despite the constant shootings, suicides and domestic gun violence, political remedies remain mired in controversy, and Americans continue to lose their lives.

In an effort to address what President Joe Biden has called a gun violence public health epidemic, the Josef Korbel School of International Studies recently hosted U.S. Rep. Diana DeGette and former Colorado State Rep. Cole Wist for a dialogue on gun reform and control. The event marked a new partnernship between two University of Denver institutions: the Korbel School’s Scrivner Institute of Public Policy and the Center on American Politics (CAP).

The DU Newsroom asked Scrivner director Naazneen Barma and CAP director Seth Masket to discuss gun reform from both the policy and political perspectives. The conversation has been edited for clarity.

How should we understand the problem the U.S. faces with gun violence? Is the problem isolated to mass shootings, and will gun control alone solve the issue?

Barma: Mass shootings are horrifying, and banning assault-style weapons is one necessary step to limit the number of deaths from such events. But gun-related violence in the United States is about more than these mass casualty events, which account for 2–3% of gun deaths. About 40,000 Americans die each year from gun violence, more than half from suicide involving guns, and the balance mostly accounted for by urban gun violence and domestic partner-related gun violence. Extreme-risk protection laws like Colorado’s red flag law, which allows a judge to remove a person’s firearms if they are a danger to themselves or others, can go some way toward saving lives from gun violence. But reducing gun deaths is also a task for improved social services and more engagement from public health agencies that can take on things like better public education about gun safety (just like public education about seatbelts and safe driving) as well as better training for gun owners.

What lessons can the United States learn from countries that have enacted gun reform? Who should policymakers be looking to as examples?

Barma: Both Australia (in 1996) and New Zealand (in 2019) enacted gun control legislation in the aftermath of mass shootings — [legislation] that banned automatic and semiautomatic weapons and confiscated those firearms via mandatory buyback programs. Why hasn’t an emphatic response like that materialized in the aftermath of any of the horrific mass shootings over the past two decades in the U.S.? The answer lies in some combination of the unique political setup in the U.S. — the power of the pro-gun lobby, the effects of political polarization and the constitutional right to bear arms. The United States has a unique gun problem among industrialized countries. Gun ownership here is almost four times higher than in the next most gun-owning developed countries; and gun-related homicides are on an order of magnitude higher in the U.S. than in other countries.

How might research and academia advance the conversation around gun violence and gun control? Can the political process alone fix this problem?

Barma: Federal funding for gun-related research was reinstated earlier this year for the first time since 1996, when the U.S. Congress, at the behest of the National Rifle Association, passed the Dickey Amendment and prevented federal funds from being spent on gun control-related studies. For 25 years, we have suffered greatly from a dearth of evidence on gun violence and potential prevention measures. New research will be crucial in evaluating the impact of the range of gun control and other gun safety measures in place and formulating informed, evidence-based policies — and, hopefully, even nudging the political process — to reduce gun violence moving forward.

How can we understand the politics of gun reform and gun violence in the United States? Have we reached a place in the U.S. where politicians can pursue meaningful change in a bipartisan way, or are we still too divided?

Masket: The political parties are deeply divided on guns, probably as much as they’ve ever been. It was once fairly common to see rural Democrats who supported gun access and urban Republicans who supported restrictions. That’s very rare today. But just because the parties are divided doesn’t mean change can’t occur. Recently, the U.S. House passed two bills to expand and lengthen background checks. Nearly all Democrats and just a handful of Republicans voted in support, although it’s not clear whether these will pass the Senate. But increasingly Democrats have been more supportive of gun restrictions, making it more likely that some will pass when they control Congress.

How do Americans really feel about gun violence and gun control? Is the general population as divided as politicians seem to be on this issue?

Masket: Americans are deeply divided on guns, reflecting the parties to which they belong, although they’re not nearly as polarized as elected officials. Also, Americans overall tend to be more favorable toward gun control than Congress is. According to a recent Pew survey, a narrow majority of 53% said that gun laws should be more strict across the country, and only 14% said they should be more relaxed. If you break that down by party, some 81% of Democrats said gun laws should be more strict, but only 20% of Republicans agreed with them. That’s a large divide. On the other hand, on a recent vote in the U.S. House on background checks, 99% of Democrats voted in favor, while only 1% of Republicans did.

Can we expect real federal action on this issue anytime soon? How is this figuring in the political agenda at a national level?

Masket: Most of the action we’ve seen on gun reform in recent years has happened at the state level, but those have moved in different directions. Colorado, along with other blue states like Virginia and Maryland, has recently passed some gun ownership restrictions, while red states like Texas and Iowa have worked to make it easier for residents to own and carry firearms. But even if states were mostly moving in the same direction, that probably wouldn’t be sufficient —  it’s easy to move weapons across state lines, even to states where it’s difficult to buy them.

There has been some federal action, but it’s very limited right now and very conditional on which party controls Congress. And party control of Congress has jumped back and forth a good deal in recent years and may flip again next year. What’s new, though, is the examples set by the states. Several prominent politicians have embraced gun control without it ending their career, which is something many in the political system have feared. John Hickenlooper is a great example of this. He was a reluctant supporter of gun control as governor in 2013 but ultimately embraced it, and last year he was elected to the Senate by nearly 10 points.