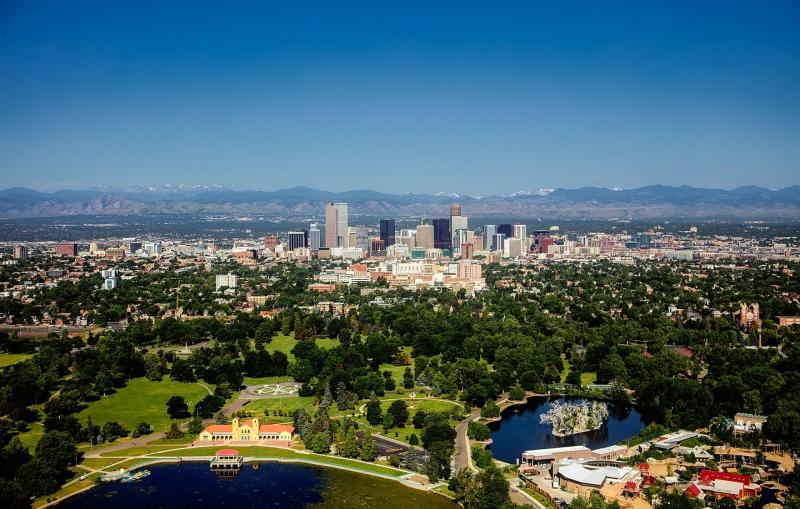 With Dean Fritz Mayer’s and Chancellor Jeremy Haefner’s opening remarks echoing similar refrains about the Scrivner Institute of Public Policy establishing itself as a new hub of policy discussion in the Denver community, the stage was set for five mayors in the Denver Metro area to discuss the Covid-19 pandemic’s impact on collaboration between cities. The panelists included Mayors Tara Beiter-Fluhr of Sheridan, Michael B. Hancock of the City and County of Denver, Jackie Millet of Lone Tree, Linda Olson of Englewood, and Adam Paul of Lakewood. Associate professor Naazneen Barma, the director of the Scrivner Institute, hosted the event and moderated the conversation.

The inspiration for the event came when Olson, a faculty member at the University of Denver (DU), connected with Barma and another Korbel professor, Tamra D’Estree. According to Katie Aker, the program manager at the Scrivner Institute, the three “got to chatting and thought of the idea to have local mayors come together to discuss how they collaborated primarily through the Covid-19 pandemic but also how they collaborate across cities on issues such as public policy and public health.” From there, Olson contacted other mayors to gauge their interest in participating on the panel. They were enthusiastic to participate because, among other reasons, the opportunity to reflect upon previous work does not come often, according to Aker.

After opening remarks from the Dean and the Chancellor, Barma guided the conversation towards themes of local collaboration in the context of federal responses to the pandemic; how partisanship manifests itself in a local context; the prevalence of misinformation, disinformation, and the challenges these issues post for local governments; and how the University of Denver community might support local governance. Anchoring those broad themes, the mayors highlighted successful local collaborative efforts, emphasizing in particular the Metro Mayors Caucus. The Caucus, which met 6 times a year pre-pandemic, consists of 38 mayors and functions as a peer support group for tackling issues affecting the region.

While themes of collaboration permeated the event, the questions about local responses to the pandemic centered around the concept of regionalism. Mayor Hancock summarized the region’s approach, recalling a helicopter ride early in his tenure with Aurora’s mayor when he “[couldn’t] tell the difference between Denver and Aurora.” Though each mayor voiced their unique approach to pandemic restrictions, the prevailing motto, as stated by Millet, was “even if you vehemently disagreed with the actions that someone else was taking, you still remain cordial with them. I can still like you and disagree with you.” The mayors consistently described this theme as guiding their actions throughout the pandemic.

The panel, when addressing the other questions posed by Barma and audience members, remained cordial in their responses, though underlying differences were hinted at, including when the subject strayed to the light rail system in Denver. Moments of levity included quotations from a country music song and the renowned actor, Denzel Washington. Finally, the panelists urged DU students to intern for city government and to show up to events such as these. Overall, as Chancellor Haefner succinctly put it, the event represented “civil discourse at its best.”