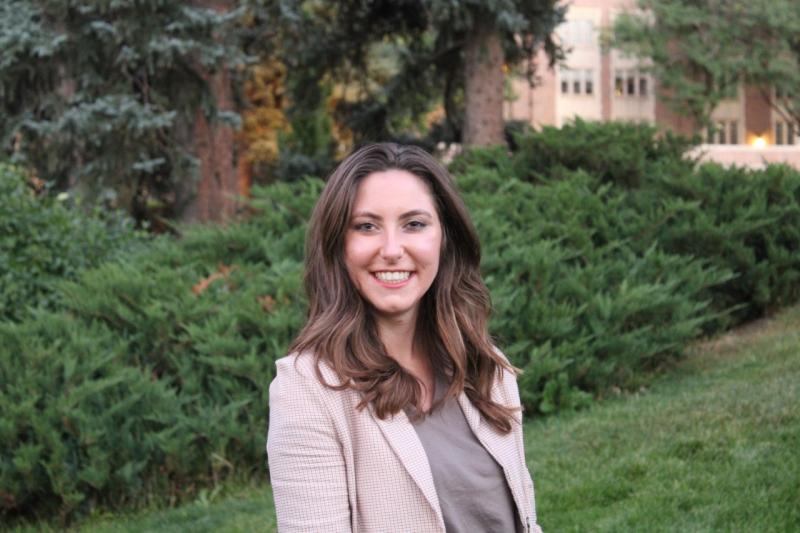 As Monica Sutherland surveyed the internship landscape heading into the summer, she wanted two things: an internship based in Denver and one affecting meaningful change. She never imagined those desires would dovetail into accepting two internships: one for Mile High Hosts and one for the Office of Policy, Research and Regulatory Reform at the Colorado Governor’s office.

Mile High Hosts utilizes grassroot techniques to advocate for new short-term rental laws in Denver and the surrounding municipalities. For her internship, Sutherland researched other cities’ rental codes to determine what policies should be advocated for. She also attended city council meetings and Mile High Hosts informational meetings for local constituents. One takeaway from the experience was the amount of time and effort required to organize grassroot movements. “It needs to be someone’s full time job for things to get done,” Sutherland said. The hectic schedules of group members sometimes impeded progress. “In order to get change to happen, you need to be fully doing that all day.” she explained.

While Sutherland learned valuable lessons from the experience, she also credited the Korbel School with preparing her for the internship; in particular, Professor Salucci’s American Government and Policy Making course. Sutherland wrote a policy memo for that course, which directly translated to her experience with Mile High Hosts. Though Sutherland does not foresee a career in housing policy, she values the democratic ideals behind the organization, stating “making sure that everyone has a voice in the process of making laws...and making sure that people have a say” shaped the organization’s strategy throughout her internship.

While rental ordinances were relatively new for Sutherland, her second internship with the Colorado governor’s office covered much more familiar territory. Unbeknownst to her, New Americans Initiative, a recently created office, sought qualified interns to build the infrastructure from the ground floor. Sutherland’s extensive background in immigration law as a paralegal in a worker’s compensation firm, an intern at an immigration firm, and work with Spanish monolingual domestic violence survivors made her an ideal fit. This experience helped her to become instrumental in developing procedures to help settle immigrants into the greater Denver area. Collaborating with local partners and developing day-to-day operations for the Initiative occupied Sutherland’s time.

Even though Colorado has one of the most progressive immigration policies in the country, plenty of work remains to be done. So, Sutherland chose to continue her internship with the governor’s office into the fall quarter. As the internship continues, Sutherland remains resolute to focus on creating a more equitable world, saying “a lot of the work we are trying to do and the bills that have been passed recently…are trying to get [immigrants] connected to the resources they need to succeed here.” As she takes on more and more responsibility, she remains resolute in advocating for a more accepting community.

When reflecting on her future, Sutherland remains ambivalent about where she will end up. Though she has lived in Denver for her entire life, excluding a brief stint in San Diego for college, she entertains the idea of moving to one of the two coasts. In a similar vein, working on immigration policy may make the most logical sense, but Sutherland would not mind exploring other contemporary issues prevalent in society. With all that being said,  were a Denver opportunity arise, she may just stay put.