Student involvement is an indispensable aspect of this project. Through this project University of Denver students gain research and scholarship skills by engaging with asylum attorneys and asylum seekers—directly contributing to protecting human rights without leaving DU. Student researchers will learn how to use social science research methods so their claims about cases meet legal standards for evidence.

Learn more about what KAP student researchers do below, and fill out our interest questionnaire if you'd like to get involved.

The following flowchart shows the general process of how a country conditions report is produced from start to finish. 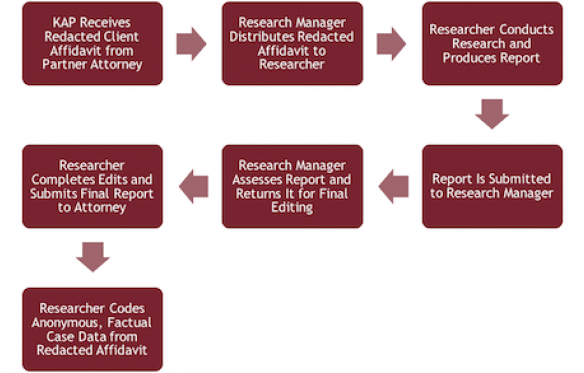