Introduction to the Agriculture Module

Millions of people in sub-Saharan Africa (SSA) remain undernourished, and the region as a whole still relies heavily on food imports. The IFs agricultural model allows us to explore what might bring SSA its own "green revolution." The graph shows agricultural production per capita in SSA since 1960, along with two forecasts: our Base Case, which assumes no major changes in policy, technology, or socioeconomic systems, and an alternative Green Revolution scenario, where regional leaders put in place a set of aggressive but reasonable interventions. For information on the interventions used, see our African Futures Policy Brief, "Cultivating the Future: Exploring the Potential and Impact of a Green Revolution in Africa."

Historically, agricultural production in SSA has barely kept pace with population growth, and in the Base Case this pattern is likely to continue. On the other hand, our alternative scenario suggests production per capita could increase significantly with the proposed interventions, leading to greater independence from food imports. 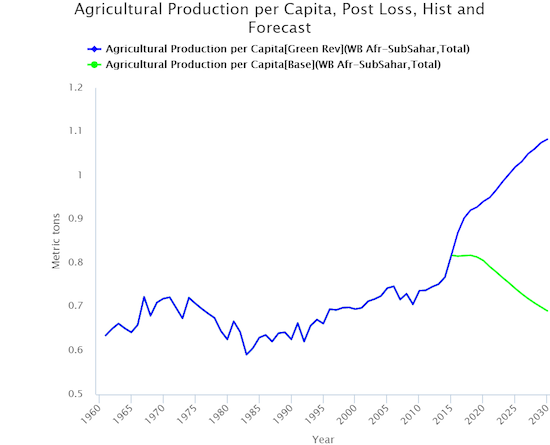 In IFs, policy interventions in one sector have ripple effects throughout the larger system. The dramatic increase in agricultural production per capita in the Green Revolution scenario would likely lead to a reduction in undernutrition and infant mortality and an increase in GDP per capita, among other impacts. 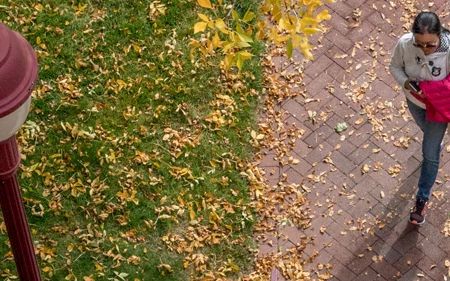 Learn more about the Agriculture sub-module in IFs