Understanding population dynamics is vital to enhancing human development. The IFs population model lets you explore how population size and characteristics have changed around the world over the last 60 years and how they may change going forward. The graph shows the world’s total population since 1960 along with a Base Case forecast and several alternative scenario-based forecasts out to the year 2030. The graph shows how the world's population has grown rapidly, from around 3 billion people in 1960 to just under 7 billion in 2010. Also, the rate of population growth has been slowing over the past few decades, to the point that, in the IFs Base Case, the size of the global population will likely "top out" well below the dire predictions of earlier decades. Even so, the populations of some regions and country income groups will continue to grow substantially.

IFs lets you explore a wide range of population futures. Several alternative scenarios originally developed for use with the United Nations Environment Programme’s Global Environmental Outlook 4 (GEO-4) report are built into the model. These scenarios reflect different interventions and assumptions about population growth and overall human development: the Markets First scenario assumes economic growth to be paramount; Policy First assumes a strong policy push to improve the environment and development while also promoting economic growth; Security First assumes a fractured world with greater inequality and insecurity; and the Sustainability First scenario assumes a strong push for equity and environmental sustainability.

Population dynamics tend to change slowly, but even in as short a time frame as 2030, these alternative scenarios have a significant impact on forecasted population growth trajectories. As in the real world, the IFs population model is closely tied to the economic, environmental, and governance models; changes in population thus have significant impacts on resource use and distribution, economic production, government finances, and more. 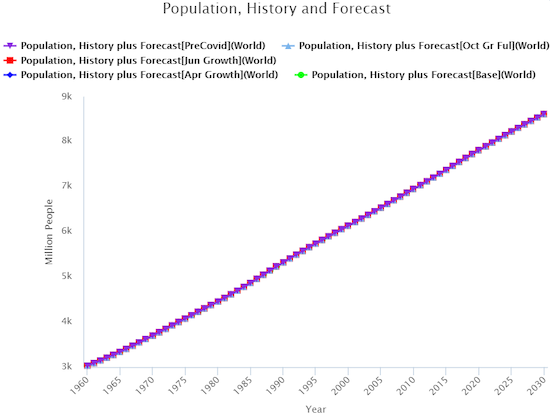 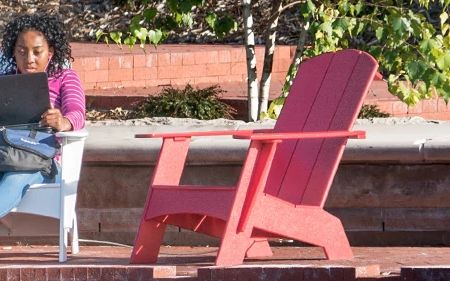 Learn more about the Population sub-module in IFs