Governance describes the process and nature of interactions between governments and their citizens, and good governance supports human development by providing a secure environment, increasing the capacity of individuals and societies for development, and promoting inclusive participation in societal endavors and rewards. In turn, the absence of good governance diminishes or actively discourages one or more of these outcomes.

With IFs we can explore how governance has evolved over time and how it might evolve going forward. The graph displays how the extent of democracy has changed within global regions since 1960 and how it might further change by 2030. As in other examples in this section, we explore two scenarios: the IFs Base Case and an alternative scenario, in which societies make focused efforts to strengthen governance through a series of coordinated interventions: 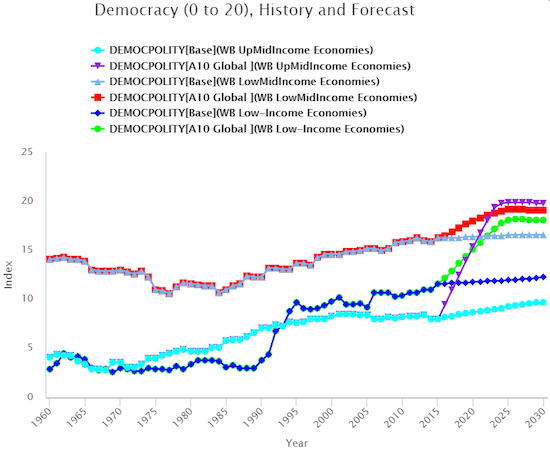 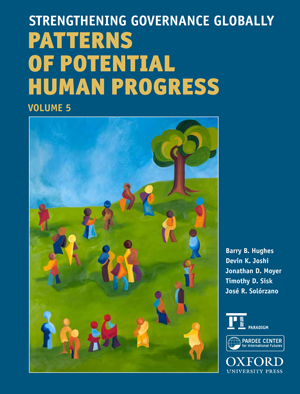 The IFs governance model is featured in Strengthening Governance Globally, Volume 5 of the Patterns of Potential Human Progress series (available spring 2014). The model focuses on three aspects of governance (security, capacity, and inclusion) and represents prospects for internal war or instability, fiscal policies and government spending, changes in regime type, and measures of government corruption and effectiveness.

The world has undergone a marked shift toward democracy, beginning around 1990 for most countries (1980 for Latin America and the Caribbean [LAC]). But many regions have seen reversals, particularly high-income countries during World War II. Going forward, the IFs Base Case forecast suggests that the process of democratization will continue, though perhaps more slowly than it has recently, with East Asia and the Pacific (EAP), and Europe and Central Asia (ECA) likely to see the most change.

Along with the spread of democracy, the IFs Base Case suggests that all regions will likely see continued improvement in overall governance out to 2030, with progress varying by region, some like EAP and ECA may see significant gains while sub-Saharan Africa may make little progress or even remain at very low levels. These forecasts raise the question of whether there are ways in which domestic governments and international organizations might work to strengthen governance going forward.

Strengthening governance should have a major impact on most aspects of human development as it improves the ability of both state and society to provide services to the whole population, whether that’s more effective healthcare, better maintained and more accessible infrastructure, or more economic opportunities and social safety nets. 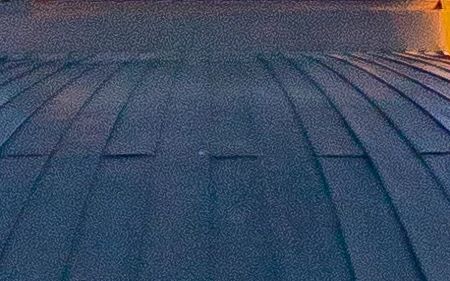 Learn more about the Governance sub-module in IFs